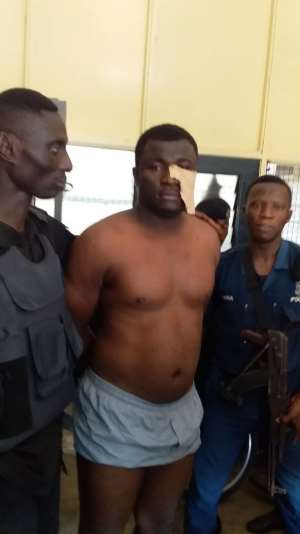 He was arrested at Atimpoku on Saturday morning.

He was reportedly trying to cross the Adomi Bridge to the Volta Region when police officers on guard duties at the bridge arrested him.

He had tried to disguise his looks with a plaster on the left side of his face.

Graphic Online gathers that upon a telephone call received from the police headquarters in Accra, the police officers detailed on duty at the Atimpoku bridge were alerted to arrest occupants of a black Golf vehicle with the registration number GW 5972 - 18, which was heading towards the Volta region.

The officers at the bridge then arrested the occupants which included suspect Eric Kojo Duah.