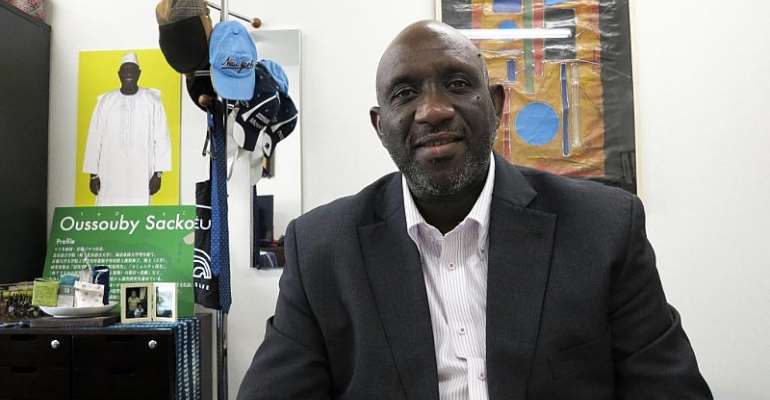 As the Tokyo International Conference on African Development (TICAD) wrapped up in Yokohama on Friday, Japan demonstrated a willingness to pick up the pace of investments on the continent, especially in agriculture.

Officials from  nearly all Africa's 55 countries attended the conference which ended Friday. During the three-day event themed “sharing passion for the future”, Japan showed it was willing to invest in trade and agriculture, and especially in developping rice culture.

In a joint closing statement, participants said they “believe that quality infrastructure that guarantees affordability with respect to life-cycle costs, is fundamental for sustainable economic transformation" in Africa.

Shinzo Abe, Japan's Prime Minister told the gathering that those who invest in Africa must beware of burdening countries with "excessive" debt, an apparent swipe at China whose Belt and Road policy some critics consider is saddling poor nations with crippling debt.

Abe announced on Wednesday that his country would help double Africa's rice output by 2030, raising it to 50 million tons a year.

Ryuichi Kato, president of the Japanese International Cooperation Agency (JICA), explains that this will be done by increasing productivity.

“We would like to increase the productivity of rice production by developing the irrigation system, and developing rice varieties, some that are suitable for the African soil,” he told RFI on Friday.

“The participation of the private sector is also very important and we would like to encourage it,” he said.

“Shinzo Abe is convinced young African people can transform agriculture. This is music to the ears of President Cyril Ramaphosa, who is facing a faltering economy and a massive problem of youth unemployment.”

This renewed investment in rice culture marks a changing trend in Japan's attitude towards African countries, which was mostly restricted to financial aid, technology and education programs.

Japan lagging behind China
Japan is revising its tactic in Africa, especially because of China's recent investments on the continent for its new "Silk Road" project.

At the last TICAD in 2016, Japan pledged around 30 billion dollars in development funding for Africa while China allocates 60 billion a year.

The Japanese government is usually loath to take risks in foreign investment, as opposed to Beijing whose Africa development policy of massive investment has helped it wrest diplomatic partners from rival Taiwan.

Now it seems, in order to keep up with the competition, Japan is shifting the way it interacts with Africa, both in its cultural and economic relationship, explains Professor Oussouby Sacko, the president of the private Seika University in Kyoto, known for its manga cartoon research centre.

“I think Japanese start to realise they are a little bit slow in their relationship with Africa, the African market and even African people”, he said to RFI English on Friday.

According to the Mali-born professor, Japan is trying to catch up.

“During the time they were thinking what to do and how to deal with Africa, other countries were moving practically”.

For Ryuichi Kato, this delay is due to Japan's distinctive way of interacting with other countries.

“We like to do the cooperation on equal footing, obtain consent from African authorities and discuss with them the elaboration of the projects. It takes time but it's important not to force something. This approach is a bit particular, different from other countries”, he says.

Japan has been hosting TICAD since 1993, and African countries attend the event around every five years.