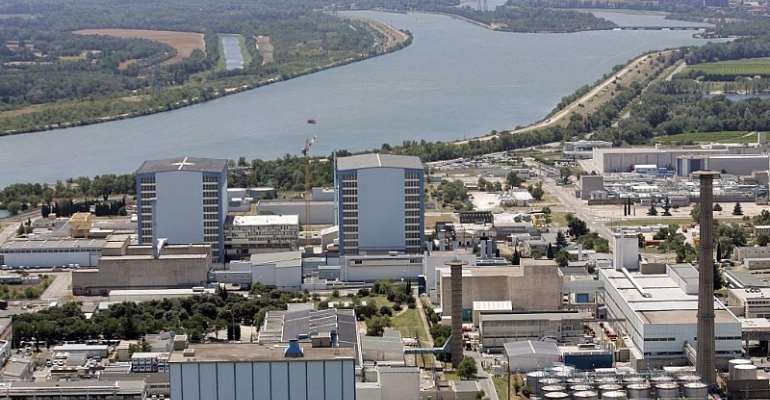 France's nuclear agency has announced it has dropped plans to build a prototype sodium-cooled nuclear reactor after decades of research and hundreds of millions of euros spent on development.

As reported in Le Monde newspaper, the Atomic & Alternative Energies Commission (CEA) said it would finalise research in so-called “fourth generation” reactors in the ASTRID project this year and is no longer planning to build a prototype in the short or medium term.

“In the current energy market situation, the perspective of industrial development of fourth-generation reactors is not planned before the second half of this century,” the CEA said.

ASTRID stands for Advanced Sodium Technological Reactor for Industrial Demonstration and in November last year the CEA had already said it was considering reducing its capacity to a 100-200 megawatt (MW) research model from the commercial size 600 MW originally planned.

Le Monde quoted a CEA source as saying that the project is dead and that the agency is spending no more time or money on it.

Cooperation
The announcement confirms reports in the Japanese press dating back to  November 2018 when the French government informed Japan it would halt joint development of the advanced nuclear reactor. CEA did not confirm this at the time.

Japan cancelled its own 7.8 billion euro Monju prototype fast-breeder project in 2016 due to heavy costs and viewed ASTRID as central to its plans to recycle spent nuclear fuel.

It had been expecting to cooperate with France on the project to be able to continue its own research into fast breeder reactors.

Safety concerns
Sodium-cooled fast-breeder reactors are one of several new designs that could follow on from pressurized water reactors (PWR) that drive most of the world's nuclear plants.

Fast breeder reactors could turn nuclear waste into fuel and make France self-sufficient in energy for decades. However, uranium prices have been going down for a decade, undermining the economic rationale for fast-breeder technology.

There are also safety concerns about using sodium instead of water as a way of cooling reactors.

Since sodium remains liquid at high temperatures - instead of turning into steam - sodium reactors do not need the heavy pressurized hulls of PWRs. But sodium burns on contact with air and explodes when plunged into water.

An earlier French model was scrapped in the 1980s after running into technical problems.

In 2010, the ASTRID project was granted a €652 million budget. By the end of 2017 investment in the project had reached €738 million euros, according to public auditor data quoted by Le Monde.

The CEA said a revised programme would be posed by the end of the year for research into fourth-generation reactors beyond 2020, in line with the government's long-term energy strategy.