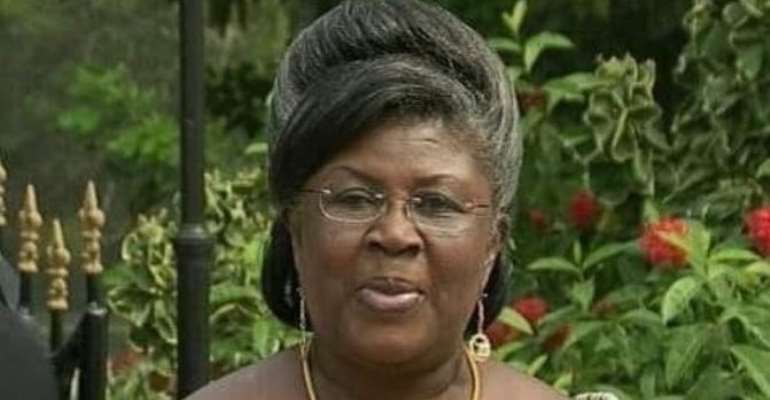 The office of former president John Kufour is asking the public to disregard information on social media about the demise of former first lady, Theresa Kufuor.

According to the office, the former first lady is alive and is in good health contrary to such reports.

Speaking to Citi News, an aide to the former president, Dr. Kwabena Osei Adubofour urged the public to desist from sending out such false information.

“The former first lady, Theresa Kufor has not passed away but rather her younger sister, Mary Kufor passed away yesterday morning. I will entreat the public to seek clarification and confirmation from the office of the Former President before they put out such information. Nothing prevents anyone from coming to the office. If they come to ask for any information, we will provide. So, for them to sit somewhere and concoct stories is very disheartening. I wish people desist from that.”

This is not the first time, news about the alleged death of Mrs. Kufuor has been speculated on social media.

The family and the office of the former first lady have all the time debunked the rumours and expressed disaffection of such misguided reports.