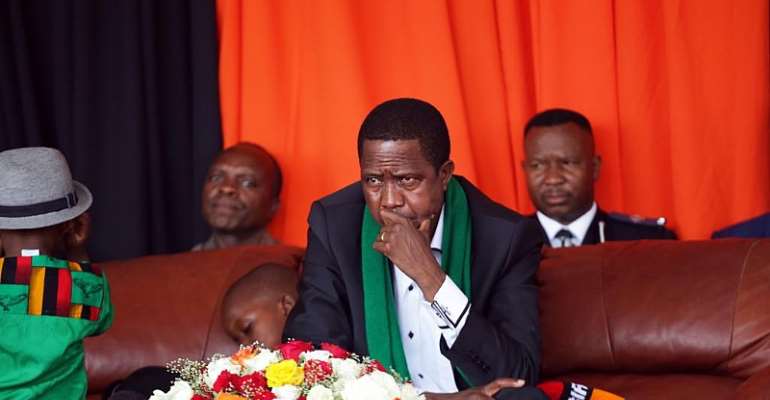 A Zambia court charged Chishimba Kambwili, head of National Democratic Congress, a small opposition party, with defaming the president after he allegedly referred to him as a dog.

Kambwili denied the charge and was released on 50,000 kwacha (3,500 euros) bail on Friday, according to his lawyer, Christopher Mundia.

Magistrate Lameck Mwale has put his court date to 30 September.

Mundia told Reuters newswire that the charge refers to a video that went viral, where he allegedly defamed the president by saying “dogs of Chawama”, referring to the residential area in the capital, Lusaka, where President Edgar Lungu used to live. Lungu also represented the area as a lawmaker.

Kambwili told reporters that he was speaking in the local language of Bemba and was misunderstood, but he did not clarify what he did mean.

The NDC leader is just the latest of number of opposition leaders who have accused Lungu of trying to suppress any opposition to him. The government says that it protects free speech.

The NDC was originally a part of the president's Patriotic Front party until it created its own party in 2016, earning a parliamentary seat in a by-election last April.

Kambwili was arrested just two days after the state registrar shut down his NDC party, saying the party constitution was flawed. He said he will challenge that decision, too.

Additionally, a video has been broadcast on Twitter that shows Patriotic Front cadres at PF headquarters in Lusaka calling for the 'citizen's arrest' of Kambwili if they find him.