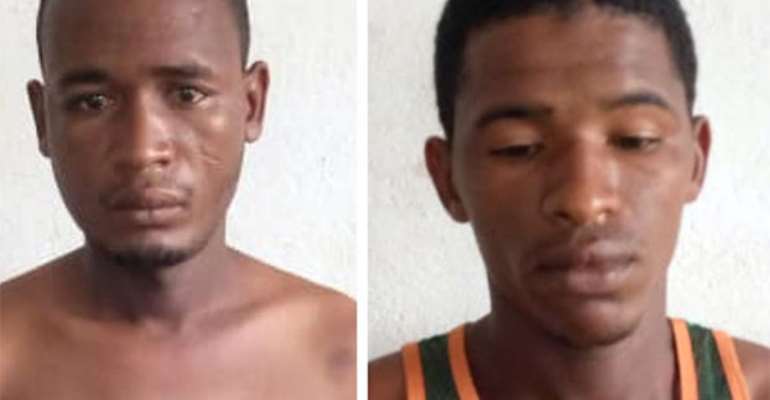 The suspects are Yakubu Haruna, 24 and Seidu Haruna, 18.

The Northern Regional Police Public Relations Officer, DSP Mohammed Yusif Tanko, who confirmed the arrest to DGN Online, said on August 27, 2019, Kwabena Baah ,42, a driver was in charge of a Guinness Distribution Kia Rhino Truck with registration No. AS 4014 – 16.

He said the driver came to the charge office at about 6:00pm and reported that he was travelling from Tuna towards Wa with two of his sales assistance onboard.

The driver reported that on reaching a section of the road around 4:30pm yesterday at the outskirt of Yipala village he was suddenly crossed and attacked by two masked armed men.

According to the police, the driver reported that one of the attackers was fair in complexion.

He indicated that the robbers succeeded in robbing the victim of his cash sum of GH¢ 15,000 and a mobile phone valued GH¢ 450.

According to DSP Tanko, police received a telephone call from Yipala village that some youths of the community have gone to arrest two Fulani men loitering close to the robbery scene suspecting them to be responsible for the robbery.

“Police immediately proceeded to the village where the two suspects were handed over to Police for investigations, ” he said.

He disclosed that a bag containing jeans trousers, a black canvas and Aloba Apsonic motorbike No. M – 19 – UW 5632 were retrieved from the suspects.

You Won't Be Shielded For Misconduct – IGP Cautions Police O...
46 minutes ago