Eye on France: climate experts in cry of alarm over cryosphere 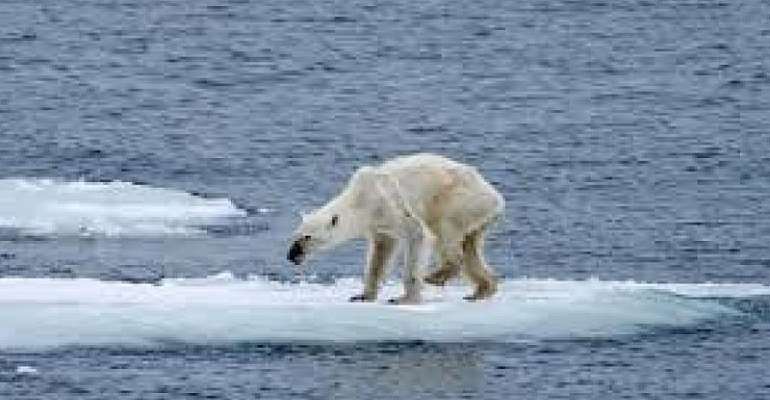 The latest report from the UN Intergovernmental Panel on Climate Change looks at what global warming is doing to the cold places of Planet Earth. Melting them, of course. But that's only part of the problem.

You have to wonder if the folk at the United Nations' Intergovernmental Panel on Climate Change are reading their own reports.

These are the people who have warned us, for example, that keeping global warming down to 1.5°C is now impossible and wouldn't have done any good anyway. They were the whistle-blowers on the catastrophic collapse of biodiversity. Last year the topic was the way human agriculture is ruining the earth's soil cover, thus making food production ever more difficult.

For 2019, the expert panel has devoted its energies to the cryosphere, that is, the parts of the globe like glaciers, ice caps and snowy peaks, which are covered in frozen water.

As you have probably guessed, the news is not good.

But the worrying part is that the panel use up 900 pages to bring us the bad news.

Think of the trees!
In fairness, they are working on a shorter summary, since a 900-page technical report is not destined for the best-seller lists. But still!

The news is just as bad in the short version

If you want a one-sentence summary of the entire effort, you can get it in today's Le Figaro: melting polar ice and glaciers, combined with the expansion of the overheated oceans, will leave at least 280 million people below sea level by the end of this century.

But the devil is in the details.
As mountain glaciers continue to melt at an unprecedented rate, millions of people will face flooding, followed by a shortage of drinking water, as the streams and springs fed by glacial melt-water dry up.

The defrosting of the so-called tundra, the great northern expanses of land that are fairly well frozen solid for most of the year, will free huge quantities of carbon dioxide, thus adding to the greenhouse effect.

The freed CO² will also increase the acidity of the oceans, cooking the coral and forcing fish populations into migrations of their own. That's bad news for the coral, the fish and for the five hundred million humans who currently live by catching them.

The globe's frozen water is home to an estimated 800,000 tonnes of highly toxic mercury. Glacial melt will ultimately bring that dangerously contaminated water to a tap near you.

When you look at the political instability which has resulted from recent forced migrations involving hundreds of thousands of people, just imagine the chaos as millions start heading for higher ground.

No man is an island
Business daily Les Echos also gives prominence to this story.

The paper points out that we are no longer looking at a situation which might sink a couple of sparsely-populated tropical islands. This crisis in very soon going to be lapping at the doorsteps of the huge cities of the developed world. China, the US, India and Europe are all going to suffer, to one degree or another.

Shanghai, for example, is built on the Yangtze delta, and will be under water within the next 50 years. Nine other Chinese megacities are in the global top twenty in the soon-to-be-very-damp category.

The global value of property under threat runs to a stellar 1,700 billion dollars.

Antonio Guterres knows what he's doing. The United Nations' building is on East 42nd Street in Manhattan, only a stone's throw from the East River.

New York is likely to suffer two metre floods every five years from 2030. Before vanishing beneath the waves shortly after.

The city is thus on the frontline of the future. Or perhaps I mean, on the wrong side of the coastline?