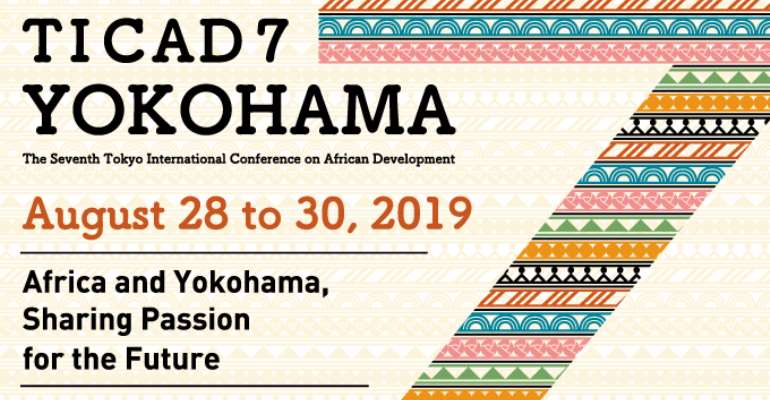 Yokohama, Japan 30 August 2019 – By investing in Africa’s food markets, governments can win the fight against stunting and improve nutrition across the continent. And with support from institutions like the African Development Bank, the results would be a win-win situation for all.

“What a huge potential the food markets represent. “Feed Africa,” which is one of the Bank’s High 5 priorities, has nutrition at its core,” Bank Vice President for Agriculture, Human, and Social Development, Jennifer Blanke said Thursday at a panel discussion on day two of the 7th Tokyo International Conference on African Development.

The session, organised by the Global Panel on Agriculture & Food Systems for Nutrition (GPAN) & the African Leaders for Nutrition (ALN), was titled Ending Malnutrition in Africa: Towards Nutrition for Growth 2020 & Beyond.

A senior management team from the Bank led by its President Akinwumi Adesina is attending this year’s TICAD in the Japanese city of Yokohama, under the theme: Advancing Africa’s development through technology, innovation and people. The conference is focused on Africa’s economic transformation and the business environment through partnerships and increased cooperation with Japan.

Despite holding 60 percent of the world’s arable land, African countries import nearly $50 billion net of food annually. Yet the population bulge and a rising middle class represent a massive opportunity in terms of agribusiness and the consumer market.

“There is a business case for governments to invest in grey matter, or brainpower, and this requires much more nutritious diets” Blanke said.

With most people in Africa getting their food from local markets, business opportunities for healthy foods abound everywhere in the food system and potential investors were urged to engage and explore.

Small and medium enterprises (SMEs) in particular play a predominant role in the food supply chains in Africa, but their growth has been slow. “The biggest constraint to their scaling up is lack of access to finance,” Lawrence Haddad, Executive Director of the Global Alliance for Improved Nutrition (GAIN) said.

Other side events such as a session on Investing in Human Capital Development and one on Rural Transformation and Sustainable Agriculture in the Digital Age, jointly organized by the Bank and the World Food Programme, spoke to policymakers about the importance of the private sector and an enabling environment in fighting malnutrition.

Women and Girls need to be at the table
On Wednesday, a discussion on empowering women and girls highlighted how that directly benefits Africa’s development agenda.

Technology, access to finance, education and digital technology can help women leapfrog over many hurdles.

“It is essential that women are empowered to become a vehicle for transforming society,”

Blanke said women in agriculture were an overlooked stakeholder group. In many parts of Africa, most farmers are women.

The Bank’s Affirmative Finance Action for Women in Africa initiative is known as AFAWA seeks to support women entrepreneurs in Africa. Through AFAWA the African Development Bank aims to raise at least $300 million for a guarantee facility that will spur lending often times at much (around $3 billion) to African women entrepreneurs.

“We can leverage more for women,” Blanke said.