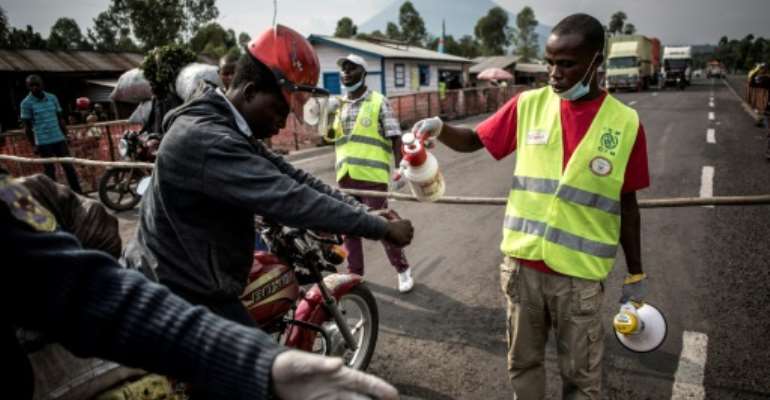 A motor taxi driver gets his hands washed at an Ebola screening station in eastern DR Congo. By JOHN WESSELS (AFP/File)

The Ebola outbreak showed no signs of easing in DR Congo Friday on the eve of the UN chief's visit, with the death toll from the highly contagious virus crossing 2,000 and a new fatality in neighbouring Uganda.

The latest casualty in Uganda was a nine-year-old girl from the Democratic Republic of Congo, reviving fears that the virus could cross the porous borders of the central African country, where it erupted in August last year.

The toll is a setback for the beleaguered country, coming a day before UN Secretary General Antonio Guterres visits for a first-hand assessment of the fightback. 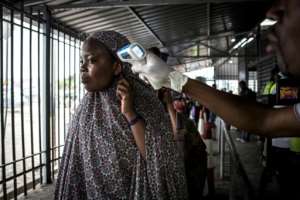 It is the second-worst Ebola outbreak in history after more than 11,000 people were killed in Guinea, Sierra Leone and Liberia between 2014 and 2016.

Containment efforts have been hindered by conflict in eastern DRC as well as attacks on Ebola fighters within affected communities.

"She passed on at around 0800 (0500 GMT) this morning," said Yusuf Baseka, health director in Kasese, a district in southwestern Uganda along the border with DR Congo.

The child was diagnosed after exhibiting symptoms at a border crossing in Kasese on Wednesday.

She was subsequently isolated and transferred to an Ebola treatment unit.

The girl is the fourth victim diagnosed with Ebola in Uganda, which has been on high alert since last year, to have died from the virus. 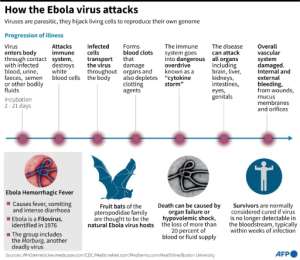 In June, three members of a single family tested positive after entering from DR Congo. Two died in Uganda, while the third succumbed to the disease after returning to DR Congo.

The outbreak of the haemorrhagic virus began in the North Kivu province in eastern DR Congo on August 1, 2018 and spread to the neighbouring Ituri province.

The pathogen causes fever, vomiting and severe diarrhoea, often followed by kidney and liver failure, and internal and external bleeding.

The disease is spread by contact with infected bodily fluids and is fought with the time-honoured but laborious techniques of tracing contacts and quarantining them.

Ebola is named after a river in northern DR Congo, formerly named Zaire, where the virus was first identified in 1976.

The WHO has declared the epidemic a "public health emergency of international concern". 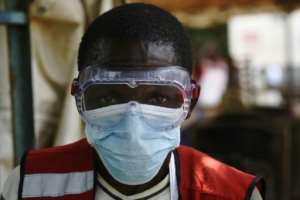 The virus has also spread to DR Congo's South Kivu province, which shares a land border with Rwanda and Burundi.

Screening is vital, but imperfect.

Ebola can take up to three weeks to incubate and cannot be spread until the infected person has symptoms, the WHO says.

But it can be difficult to clinically tell Ebola from malaria, typhoid fever or meningitis.

Uganda has stepped up checks for hundreds of schoolchildren who cross over from DR Congo every day to attend school there as jobs and educational opportunities are greater.

Francis Tumwine, an International Committee of the Red Cross worker at Mpondwe, said creating public awareness of the disease was critically important to quashing the rumours around it.

"The fear of Congolese children bringing Ebola into schools was very real," he told AFP.

"But we taught people about the virus, and they now know what to do."