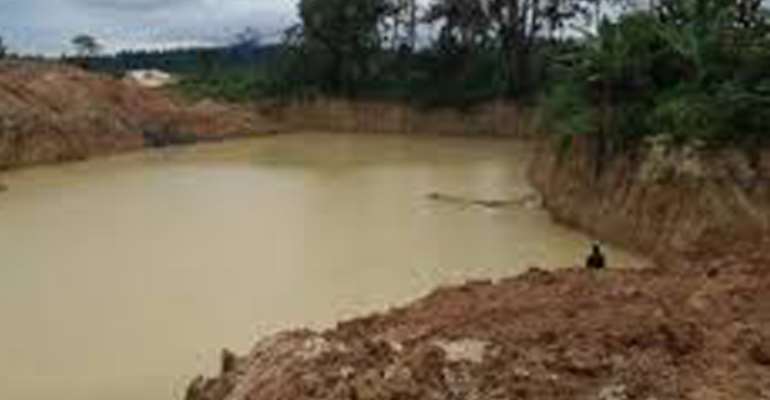 Information reaching Daily Guide reveals that seven persons suspected to be illegal miners were reportedly trapped in a galamsey pit at Manso Wassa in the Mpohor District of the Western Region.

According to sources, the pit caved in at about 3 p.m. yesterday when the miners were allegedly digging for gold despite the ban on illegal mining.

All the seven persons were feared dead and as of the time of filing this report, four of the lifeless bodies had been removed. Rescuers were still working to retrieve the three remaining bodies.

When the District Chief Executive for the area, Ignatius Assah Mensah, was contacted, he could not confirm or deny the incident but said that he was yet to be briefed by the police.

Meanwhile, a forestry officer in the area confirmed the incident and even claimed that all the seven bodies were removed. Some of the residents indicated that they had the information that there were some illegal miners who were trapped in a pit.

They said the lifeless bodies removed had been deposited at the Effia Nkwanta Hospital morgue pending autopsy.