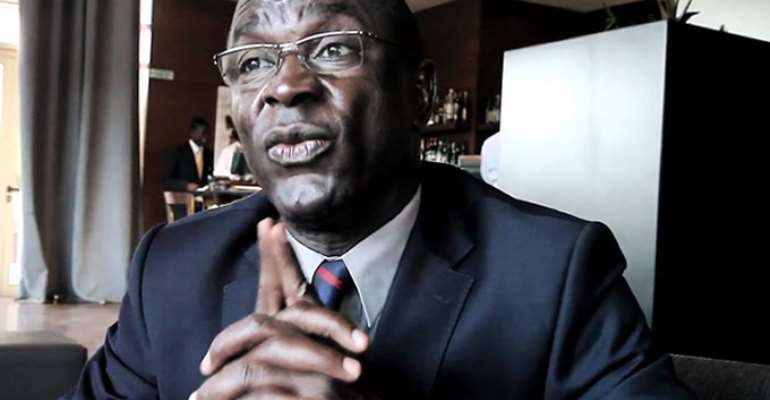 President of UT Holdings, Prince Kofi Amoabeng has blamed the challenges in the banking sector on the regulator’s poor scrutiny of the sector.

In an exclusive interview with JoyBusiness, Mr Amoabeng said banking licenses were issued anyhow and to all sort of people without proper checks causing the current crisis in the banking sector.

He said, “In recent times, because of politics and the way we play politics, it’s a matter of ‘whom you know’. So licenses were issued anyhow in so many numbers to all sort of people. That is what caused the problem. The people were not checked properly”.

Siting himself as an example, he explained that he went through a series of verification steps before being granted the license to start the then Unique Trust Financial Services.

“I am surprised at the number of institutions that were closed. What went into their licensing? Did they go through due process? The problem with Ghana is that we always throw away the process and institutions,” he added.

Two years after the revocation of its license Mr Amoabeng maintains that defunct UT Bank will bounce back despite the numerous challenges befalling it.

Mr Amoabeng admitted that UT Bank was indeed in crisis in 2017 and needed help, justifying the bailout by the government.

Although he did not mention when the bank would come back, he explained that it is dependent on the investigation currently ongoing.

“People are suggesting we should rebrand and start afresh, but I don’t want to do that. I want to pull out of the ongoing troubles

“I haven’t given up, I think I have a team that has also not given up. It is slow, but we will get thinks in shape soon. I hope the investigations will come out clean. Unfortunately, UT Bank is not the only institution under investigation, making the process quite lengthy and difficult.” He added.

After the revocation of the license of the bank, the regulator began investigations on directors of the bank for engaging in what it termed, ‘willful deceit’.

“For whatever reasons, all UT subsidiary bank accounts have been frozen all this time and it doesn’t help. It’s tough to be we are slowly finding avenues to get back to the top.”

He also bemoaned, that other businesses hesitate in dealing with his, with fears of the latter being corrupt.

“Because of the investigation which is never-ending and the accounts that have been frozen, the brand has been tarnished. This used to be an iconic brand in Ghana and everybody liked it,” he said.

The Central Bank, in August 2017, revoked the licenses of UT and Capital Bank to operate as commercial banks due to their excessive liabilities and failure to improve their balance sheet.

The Governor of the Bank of Ghana, Dr Ernest Addison, blamed the lack of good corporate governance for the collapse of UT and Capital Bank.

According to Dr Addison, the defunct UT Bank could have survived the collapse if management minimized risks and improved loan performance.