I Have Been Groping Effortfully To Understand Something About John Mahama 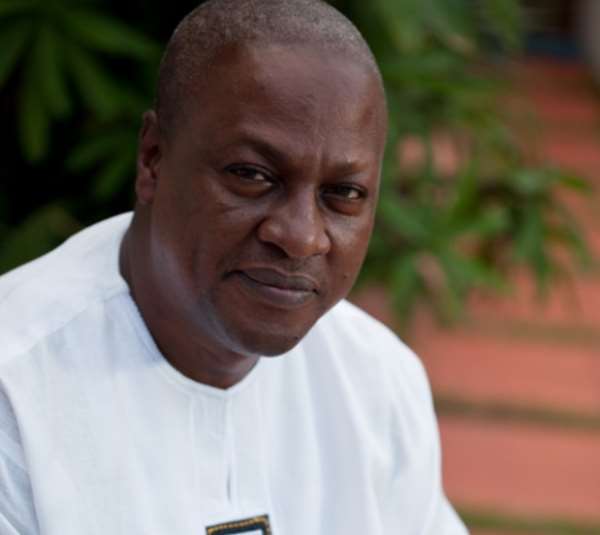 When the one village one dam projects started, Mahama and his troops ridiculed them, labelled them as dug-outs. In fact, they said they were unfit for purpose.

The hypnotic effects of the ongoing projects have coerced Mahama to change his narrative. The dams he claimed were not suitable for the very purposes upon which they were being constructed are now his.

Folks, John Mahama says that the dams Akufo-Addo has been building are the very ones he started building before exiting power. As a matter of fact, he says the dams belong to him. They are his legacy.

How dams which were deemed worthless and described as dug-outs transmogrified into worthy projects which owe their genealogy to the Presidency of John Mahama is a puzzle that requires divine intervention to unwrap.

We shouldn't be surprised to hear sooner than later that the very air we suspire was gifted to us by Mahama. He will soon claim credit for our very existence.

Mahama is married to confusion. He is the most confused person under the sun at the moment.

In his bid to ornament his deceptive campaign with a bit of grandiosity, Mahama said something about the banking sector reforms which beats my imagination.

He said that the methodology adopted by the Akufo-Addo government to sanitize the sector has dire implications and that if were in charge, a different approach would have been chosen.

To him, the continuous injection of capital into the banks would have done the trick, but he forgot that that was exactly the practice under his tenure but that did not stop the banks from going under.

The way forward, according to Mahama, is for him to put up a team to look into the issues to come up with an alternative solution to the issues he talked about.

We have one year to the 2020 elections and Mahama is unable to tell us what he would do in the sector? I have never seen a flagbearer who is not this serious! Akua Donkor is a far better candidate than Mahama!

Before he came out with his criticisms, he ought to have had the solutions in his head.

THE NDC HAS NO VIRGIN MARY IN FREMA BUSIA!

The sophomoric declamations of Nana Frema Busia, the daughter of Prof. Kofi Abrefa Busia of blessed memory, might naturally ruffle the feathers of those who might not have come across her in the past.

What is epicentral in her notes being gleefully circulated by some apparatchiks sympathetic to the cause of the opposition NDC is the claim that her father's influence is being dwindled in order to project that of Dr. J. B. Danquah.

The naming of the University of Energy and Natural Resources after Prof. Kofi Abrefa Busia is seen by her as grand scheme to undermine the huge symbolic figure of her late father while Danquah is being elevated.

Interestingly, Nana Frema Busia failed, in her long, winding and incoherent submissions and assertions, to point out practical measures being rolled out to propel Danquah to the top by President Akufo-Addo.

As much as her piece falls short of concrete evidence to substantiate her claims of some clandestine moves to weaken her father's importance in our political history, a trip into time would reveal to us that this daughter of the venerable professor has a checkered history as regards similar effusive display of sentimental but baseless gushy and vitriolic attacks. I will run you through a few of them;

From the above, one can clearly see that Frema Busia is far removed from the very party she is at war with, and that she began this crusade against the NPP long ago, contrary to what the NDC is circulating.

To those who believe they have found a Virgin Mary in Nana Frema Busia's dirges, this is nothing new.

To those who see her rantings as some form of SparkNotes from which they consult for their communications' strategies, her dementia-laden hymns have always been with us.

If her sermons remain the Bible from which they will copiously cite their messages from, we can only wish them well.

NDC directs its MPs to vote against Martin Adjei Mensah’s no...
2 hours ago