S/R: Your “Lies” have been exposed now after John Mahama’s Visit - Basintale to NPP 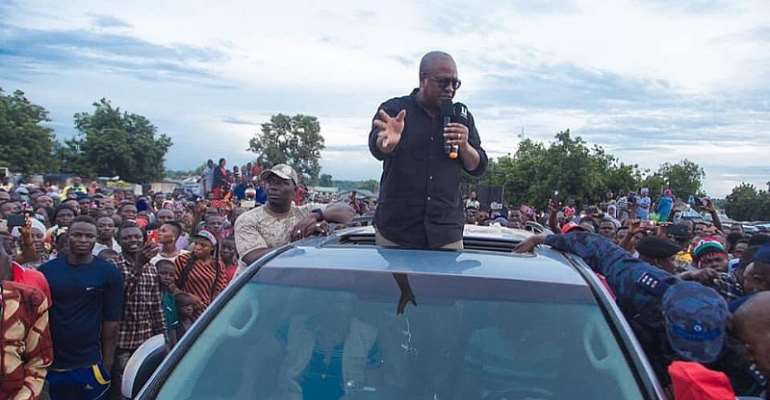 The last few days have seen a dramatic display of several press releases from the NPP Savannah region attempting to attack the personality of H.E John Dramani Mahama after a very rousing welcome of John mahama by the good people of the Savannah Region. The uncultured and shameful releases have been taken to the gutters by the Savannah Regional NDC Communication officer in a statement revealing the facts of the matter and subjecting that of the NPP to being Void and empty. Below is the statement:

We have taken notice of various unfortunate Press Releases, Conferences from our colleague NPP executives in the Savannah Region seeking to attack the personality of our Brother and Father H.E John Dramani Mahama.

We understand the desperation of the NPP in using personal attacks on the NDC Presidential candidate to compensate their failures and frustration as a party three years after no show in office.

In the last few days since the candidates visit into the Savannah Region, our friends from the NPP have had to compose a single-digit member team seeking to represent the whole Savannah region and to attack the Heart availing Love being shown to H.E John Mahama by the good people of the Savannah Region but have failed woefully.

First, was a weightless and lack of content Press Conference held several hours after shamefully having one of them Leak the statement out a day before its presentation (perhaps in an internal sabotage game).

We again took notice of several tribalistic Comments being passed by members of the NPP in accusing H.E John Mahama of Speaking Twi, Hausa to members of the above language speaking communities around Mpaha, Sawla, Bole etc in the Savannah region and as such we Outrightly condemn the barbaric Tribal and ethnocentric comments from the NPP Regional chairman and his team seeking to deepen their already started division between various tribes in the Savannah region.

Questions about what H.E John Mahama had done for the Savannah region were mischievously asked but duly answered in a matter of seconds with the deliberate naming of just few physical projects such as the Fufulso-Damongo-Bole road, the Busunu-Langan 3 road, CHPS compounds in Damongo,Sawla-Tuna- Kalba,Bole,Salaga et al, the Yapei-Kusawgu Water project, the Daboya smock Factory, Various Markets such as that of Busunu et al, electrification and many many more including the trending abandoned Community day school at Mpaha which was fully completed but Yet have been left to rot by the NPP.

Interestingly, in all the Clueless Releases of the NPP, they have failed to mention just one (1) achievement of the NPP in the Savannah region, A region H.E John Mahama and other stakeholders supported in its creation.

We urge the NPP Executive body to look out for other avenues of explaining their Failures, Disappointments, and Lies to the Ghanaian people other than wasting efforts on this empty agenda of personal attacks.