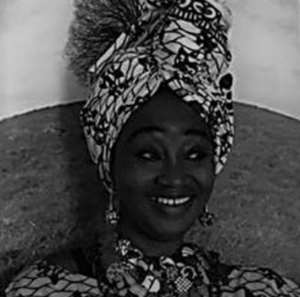 Mr. Kwame Nkrumah may very well have described the Danquah-crafted democratic Constitution that ushered Ghana into sovereignty from British colonial imperialism as the veritable product of “a criminal mind,” as the filiopietistic Nana Frema Busia claims in Part Two of her “Open Letter” to President Addo Dankwa Akufo-Addo (See “Busia Daughter’s Open Letter to Akufo-Addo on Politics in Ghana” Ghanaweb.com 8/27/19), but it goes without saying, even as I have observed this many times before in the past, that it is, paradoxically, the battle-losing Dr. Joseph (Kwame Kyeretwie) Boakye Danquah, who decisively won the battle for the establishment and the salutary entrenchment of Ghanaian democracy, and not the late former Prime Minister Kofi Abrefa Busia, who fled the country at a time that demanded that the most courageous of Ghana’s opposition leaders stand up to the insufferable tyrannical rule of an increasingly megalomaniacal “Executive” President Nkrumah and his Convention People’s Party (CPP) regime.

Indeed, even as Nana Frema herself suggests, Dr. Danquah was an astute and erudite constitutional lawyer without compare, even though the critic also attempts to slyly vitiate the intellectual and professional prowess of the Doyen by claiming that in some of the work related to the drafting of constitutional instruments, “Danquah worked in committee” settings. She, of course, cannot be taken very seriously because we all know for a fact that even the so-called Korsah Constitution, whose committee was headed by Chief Justice Arku Korsah, it was a locked-up behind-close-doors who did most of the statutory heavy-lifting work. And if, indeed, the critic also cared to read Prof. Dennis Austin’s political classic on the period under discussion, she would have learned to her utter embarrassment and, perhaps, shame as well, that in terms of his scholarly and procedural presentations in the colonial era Legislative Assembly, prior to his departure in 1954, Danquah stood in a class all by himself. He was also without any rival, other than then Prime Minister Nkrumah who, by the way, often found himself on the defensive from the barbs of the putative Doyen of Gold Coast and Ghanaian Politics. Danquah also, Prof. Austin recalls, sat in a prominent and conspicuous position in the Legislative Assembly that commanded attention and strikingly reflected his well-above-the-pack status and stature. But even more significantly, Prof. Austin also quotes the extant Parliamentary Clerk, to wit, Mr. Ayensu, I presume he was from Akuapem-Aburi, as remarking glowingly about the memorable impact that Danquah had on the quality of parliamentary debates.

According to Prof. Austin, quoting Mr. Ayensu, after the departure of Dr. Danquah from the Legislative Assembly, having been defeated in the polls by his own nephew, the Oxbridge-educated Mr. Aaron (Kofi Asante) Ofori-Atta, the sort of highly elevated and inimitably resplendent quality of thought and lambent-witted logic that Danquah had brought to bear on the proceedings of the august House immediately departed from the Legislative Assembly. A mournful pall of decadence had taken grips of the august chamber. According to the author of “Politics in Ghana: 1946-1960,” it was almost as if the apogee of a golden era had apocalyptically transitioned therefrom, never to return for a million years. After Danquah’s epochally seismic departure, according to Mr. Ayensu, the quality of debates permanently lapsed into irreparable decadence. Not even the presence of the “brilliant and prophetic” Dr. Busia could positively restore any semblance of balance to the quality of debates in the House. The fact of the matter is that in terms of comparative cognitive puissance, Busia was decidedly the toddler son of Dr. Danquah.

Danquah must have himself recognized something about the reality of the preceding fact, which probably explains why upon his exit, the foremost intellectual and ideological pillar behind the then effectively defunct United Gold Coast Convention (UGCC), counseled his opposition legislative minions and associates to “Give the young man a chance to prove himself.” That “young man,” of course, was none other than the future Prime Minister Busia who, in the authoritative opinion of the Dean of Modern Ghanaian Politics, had yet to make his full weight felt on the national political terrain. Danquah was also a formidable force in Ghanaian theater, both as a scholar and a pioneer playwright, whose work has been extensively studied by the recently deceased Prof. Asiedu-Yirenkyi (1942-2018), formerly of the University of Ghana’s School for the Performing Arts, alongside the works of Danquah mentors like Lawyer Kobina Sekyi; so it is rather a shameful mark of her blistering and scandalous ignorance for Nana Frema Busia to criminally attempt to stage-manage the polymathic versatility of Dr. Danquah to just the narrow confines of constitutional law. You see, no scholar worth their designation could seriously discuss African Drama or Theater in the Twentieth Century without at least a passing mention of the at once erudite and linguistically masterful full-length and short plays of Dr. Danquah, such as “The Third Woman” (1943), among several others.

Danquah was also a poet of great talent. So, it is as well inexcusably fatuous, to speak much less about the downright unfortunate, for the crusading critic to so morbidly and disdainfully reduce Dr. Danquah to the level of a run-of-the-mill lawyer who often worked with several others in a group among which he was just another member of the pack. As well, if Nana Frema were really familiar with the compilation of the writings and speeches of Dr. Danquah by HK Acheampong, in particular the slim collection titled “The Voice of Prophecy,” she would have also learned to her wistful surprise that the tradition of “Tankasse” or Town Council-sponsored community health inspectors may very well have been established by the British colonial regime upon the advice of Dr. Danquah, who forcefully pushed for the comprehensive implementation of preventive healthcare policy initiatives.

It is also insufferably asinine for the critic to arrogantly claim that in bringing the remnants of the membership of the erstwhile United Gold Coast Convention together, after Nkrumah broke away from the first official countrywide nationalist movement in the struggle for independence, on June 12, 1949, to form the Ghana Congress Party (GCP), some three years later, that Dr. Busia was doing Dr. Danquah a charitable favor. The fact of the matter is that Busia had virtually no critical mass or ready pool of constituents to enable him to effectively assert his influence on the national political landscape. Even as Parliamentary Opposition Leader of the United Party (UP), an Nkrumah-designed opposition establishment by fiat, Busia could still not muster the level of influence that Danquah had wielded at the height of his political influence between 1929 and 1951.

Indeed, without the staunch support of enlightened “Akyem leaders,” especially members of the Ofori-Atta Clan, it is quite certain that Busia would have had no remarkable political heft or clout. We saw this fact eerily play out in 1979, to the detriment of both factions of the tenuously balanced Danquah and Busia camp, when Messrs. Victor Owusu and William “Paa Wille” Ofori-Atta, staunchly backed by bona fide Asante-descended anti-Owusu factionalist stalwarts like Messrs. RR Amponsah and AA Afrifa, decided that the equally strong-willed pair could not defer to the leadership of other. I, however, strongly suspect that Mr. Amponsah, in particular, could simply not abide the idea of having a former opportunistic Nkrumah partisan presume to be qualified to inherit the revered neoliberal mantle of the Danquah-Busia school of progressive property-owning democrats. But even more instructive must be underscored the incontrovertible fact that even when he represented Akyem-Abuakwa in the Legislative Assembly, with the staunch backing of Dr. Asafu-Adjei, the foremost representative of the Asante Federation, Danquah had influence that reached every part of the Akan-dominated regions of the country, including the present-day Greater-Accra Region which, by the way, was an integral part of the present-day Eastern Region, and not just “rural” Kyebi or Okyeman, as Nana Frema Busia would have her audiences and readers believe.

As well, as First President of the London-based West African Students’ Union (WASU), the very organization that Nkrumah would lead nearly a generation later – and here, it is significant to highlight the fact that Busia was never a member of WASU and only found the Pan-Africanist aspect of his political and educational career, only after he fled Ghana proclaiming to the rest of the world that Kwame Nkrumah was after his life and he embarked on a continentwide study of modern formal education in Africa which, I believe, culminated in the publication of his book titled “The Challenge of Africa.” In sum, there is absolutely no way that anybody who has studied both the lives, political activities and the scholarly works of Drs. Danquah and Busia would conclude that Busia was more Pan-Africanist in temperament and psychological and ideological orientation that Danquah.

At any rate, on the political Pan-Africanism of President Nkrumah, it may interest Nana Frema to learn that even the legendary Senegalese President, Leopold Sedar Senghor, once personally expressed the view that the megalomaniacal Ghanaian leader required prompt psychiatric examination (See Richard Mahoney’s book titled “JFK: The Africa Ordeal”). So, if, indeed, Dr. Danquah had once called his main political opponent “a mad hatter,” the Dean of Modern Ghanaian Politics was definitely not the odd one out, as it were. He was really in good company. As well, had Danquah not stepped up to the proverbial plate when Busia fled the country as the main opposition leader, claiming that Nkrumah was after his life, the 1960 “Republican” Presidential Election may very well have been exclusively conducted by the Nkrumah-owned and chaperoned Convention People’s Party (CPP). So, in reality, it was Dr. Danquah who actually did a runaway Dr. Busia a favor by ensuring, at least for a little while, that the United Party would not allow a dictatorial President Nkrumah to literally get away with murder. Of course, Nkrumah eventually did get away with murder.

In this respect, Danquah showed himself to be far more courageous than the allegedly relatively “more democratic” Dr. Busia, if we are to take the word of Nana Frema Busia as gospel truth. I mean, I don’t want to call Dr. Busia, whom I greatly admire and grew up looking up to as one of my role models, and even heroes, a fleering poltroon or lily-livered coward. But the fact fairly holds that the comparatively less robust and frail-looking Oxbridge-educated scholar and social scientist was also far less courageous than University of London-educated Dr. Boakye-Danquah, the elderly Ghanaian statesman par-excellence. You see, My Dear Sister Frema, you simply don’t fiercely fight for democracy by fleeing the country and your dictatorial political opponent when courageous leadership is at a premium. Now, let’s come to a compromise: How about renaming Legon “Danquah-Busia Memorial University of Ghana”? You were only 12 years old, exactly 41 years ago to the day yesterday, August 28, 1978, when your Dear Father departed this life, so I can fully appreciate your traumatic obsession with the need to apotheosizing your dad. May the souls of our sires Rest-In-Peace. Amen!

The author has 4872 publications published on Modern Ghana.