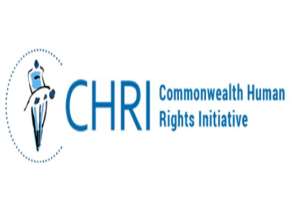 The Commonwealth Human Rights Initiative (CHRI) Africa Office condemns in the strongest possible terms the spate of attacks and killings of officers of the Ghana Police Service (GPS).

The tragic murder of the two Motor Traffic and Transport Division (MTTD) Police officers– Sergeant Michael Djamesi and Lance Corporal Mohammed Awal on duty yesterday 28th August, 2019 near Gomoa Buduburam in the Central Region brings to five, the total number of Police officers who have lost their lives in the past one month.

Article 3 of the Universal Declaration of Human Rights (UDHR) sates that, “Everyone has the right to life, liberty and security of person”. Police officers are entitled to the same rights and freedoms as other persons and are protected by human rights when performing their jobs. It is therefore imperative that the rights of police officers, who might risk injury or death to fulfil their duties, must also be recognised, respected and protected by the state; such as by providing protective equipment, carefully planning police operations or putting in preventive measures. This is also a constitutional obligation which is clearly stated in Articles 12 (2) and 200 (3) of the 1992 Constitution.

The CHRI has taken notice of the various efforts by Government to retool the GPS, however the nature of the attacks on the Police in the past month and the increase in violent crimes point to the inadequacy of the interventions.

We are therefore calling on Government to as a matter of urgency adequately equip the Police with the right protective gear, provide modern equipment and gadgets, intensify police education and modern intelligence training to ensure effective and efficient police personnel capable of functioning in a constitutional environment and recruit many more Police officers to meet the The United Nations (UN) benchmark of one Police officer to 500 people.

Crime has become sophisticated so the timely provision of the above will aid the Police in their work in general, equip them to fight the menace of violent crime and secure Ghana’s peaceful democracy.

We urge the Acting Inspector General of Police (IGP) and the GPS to bring the perpetrators of these gruesome murders of the Police officers to justice without delay.

We also urge the Judiciary to expedite the trials of suspects who are implicated these violent attacks when they are brought before court.

Finally, we urge the general public to continue to work with the Police for the protection of life and property and to keep the peace.