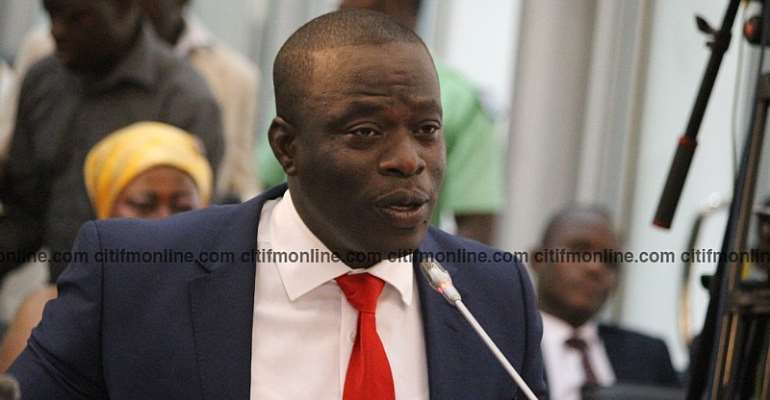 Mr Ignatius Baffour Awuah, Minister of Employment and Labour Relations, who announced this at a media briefing in Accra, directED all establishments, institutions or organisations, whose Daily Minimum Wage is below the new NDMW to adjust their wages accordingly starting from the implementation date.

He said: “Any establishment, institution or organisation that flouts the new rate shall be sanctioned in accordance with the law”.

He said the agreement was reached at the National Tripartite Committee (NTC) meeting on Monday, August 26, where they concluded negotiations and the NTC recommended that the minimum wage should be tax-exempt.

He said the Public Services Joint Standing Negotiating Committee (PSJSNC) comprising Government, represented by the Fair Wages and Salaries Commission, Ministry of Employment and Labour Relations, Ministry of Finance on one part, and Organised Labour, Associations and Institutions on the other part, concluded negotiations and reached agreement on the Base Pay for 2020 per day.

Mr Baffour Awuah said the PSJSNC agreed that the current Base Pay on the Single Spine Salary Structure should be increased by 12 per cent across board for the year 2020 at the existing pay point relativity of 1.7 per cent, effective January 1, 2020.

He said the Social Partners had also agreed to revise the prevailing rates of allowances expressed in the absolute amounts on the categories 2 and 3 allowances to new levels to also take effect from January 1, 2020.

He said the PSJSNJ also agreed that Ministries, Departments and Agencies should take appropriate steps to give effect to the revised Categories 2 and 3 Allowances in accordance with new guidelines to be issued by the Ministry of Finance.

“The Government and its Social partners wish to reiterate their commitment to the improvement of incomes and productivity in both the public and private sectors of the Ghanaian economy,” he added.

He said research revealed that majority of workers spent their income on rent-related expenditures and Government and its Social partners are embarking on affordable housing project to take off that burden.

Dr Anthony Yaw Baah, Secretary-General, Trades Union Congress (TUC), Ghana, representing Organised Labour, said the agreement reached was in an indication that their social partnership is deepening and was grateful to all partners.

He said they know that workers deserve better than that and promised to continue working around the clock to ensure that “workers take-home pay actually take them home”.

He, therefore, pledged organised Labour's support to ensure that the social partnership drive succeeds and was grateful to the Minister of Employment and Labour Relations and employers for their continuous effort to improve workers welfare.

Mr Daniel Acheampong, President of Ghana Employers Association, said “they are all working in the country and know how much efforts were being put in the microeconomic system to let industry flow,” adding that, “it was appropriate they negotiated in good faith to enable that industrialization to flow.”