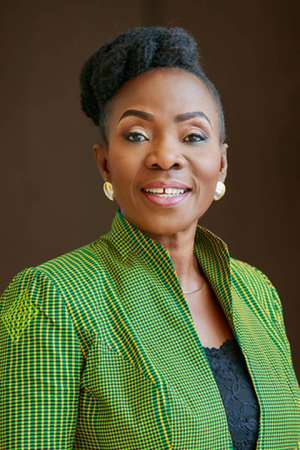 The Chief Executive Officer of Stratcomm Africa, Esther Amba Numaba Cobbah, has said that contrary to the public opinion that floods kill people, it is the Ghanaian attitude of littering which tends to kill innocent victims during the rainy season.

In an interview with Alfred Ocansey on TV3's 'Time With The Captains', Ms Cobbah expressed her fears about the negative impact littering has imposed on the environment and the Ghanaian economy. Addressing a team of entrepreneurs and students, she said that "each time you throw out a plastic, each time you throw rubbish out know that you are killing somebody in the rainy season". She was appalled that vegetables like tomatoes grows without effort in gutters and gardens yet, Ghana as a nation imports tomatoes and onions. She pointed out that at a certain time, the nation was importing onions worth 89million dollars from Holland and it contributes to the instability of the Ghana Cedi. She believes all Ghanaians contributed to playing the tune to which the cedi dances thus the need for change.

According to the Stratcomm Africa CEO, there are a number of flora and fauna which is indigenous to Ghana however, flowers are imported into the country on a weekly basis. She opined that the plastics which are littered impedes the growth of beautiful ornamental plants among other crops and these actions contributes to the crisis of global warming. Her comments come at a time when Media General has launched a year long sanitation campaign dubbed "#GarbageOut". This campaign is to help create awareness, sensitize the populace and combat the sanitation challenges bedeviling the country.

Speaking about the upcoming 'Seventh Ghana Garden and Flower Show', Ms Cobbah expressed her love for flowers. She did not mince words when she declared that she can't exist without gardens. She was of the view that aside the aesthetic beauty of flowers, they help sustain the environment and create sources of income for people through jobs. Stating the theme for the 2019 Ghana Garden and Flower Show: "Be the change", she appealed to the general public to join the movement in creating a Ghana that is clean, healthy, wealthy and beautiful. This she believes contributes to the Sustainable Development Goals (SDGs) of the United Nations. She encouraged all and sundry to join the campaign and advocate for the change we need.