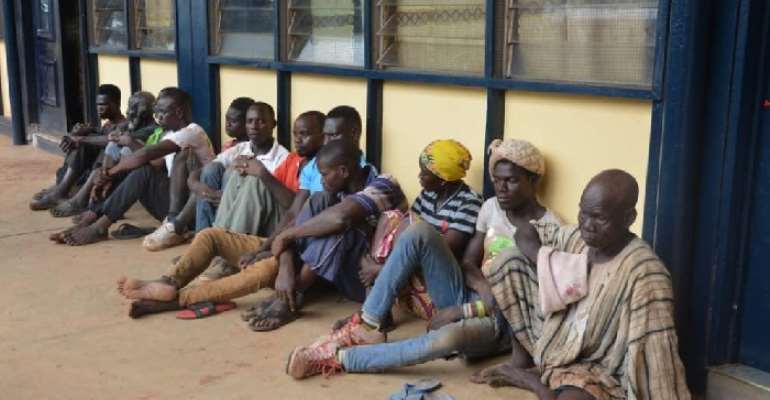 On 28 August 2019, the police went to Libga near Savelugu in the Savelugu Municipality of the Northern Region with a letter to invite a suspect, Iddrisu Ziblim,60 who is wanted in a case of causing harm.

The community came out to attack the officers and caused damage to the police vehicle in an attempt to prevent the arrest.

A reinforcement team from the regional headquarters was sent to the community spontaneously and 13 suspects including one female were arrested.

The Northern Regional Police Public Relations Officer, DSP Mohammed Yusif Tanko, who confirmed the arrest to DGN Online said , a search conducted on the female suspect led to the recovery of a single barrel gun.

He disclosed that the 13 suspects were arraigned before the Tamale