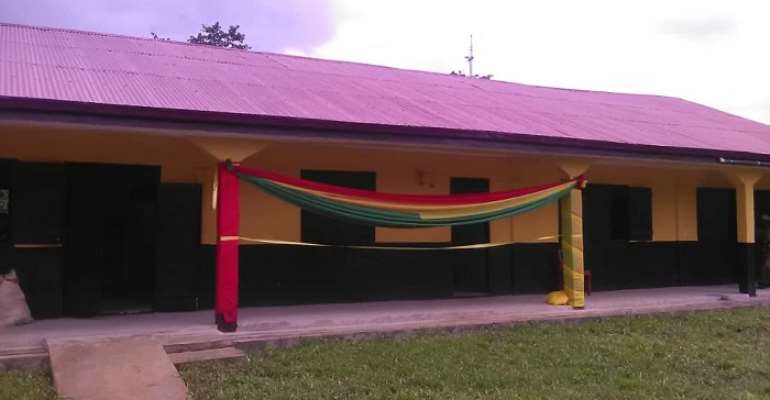 The Wassa Amenfi East Municipal Assembly in the Western Region has commissioned three projects which would help boost service delivery to the people.

The Abreshia Primary School was also rehabilitated with the assembly's Internally Generated Funds at a cost GH¢179, 344.20

She pointed out that the Assembly would in line with government policies continue to provide accessible and equitable healthcare and education for all in the municipality.

She noted that the newly constructed maternity block for the Municipal Government Hospital would solve the challenge of inadequate space for mothers who visited the health facility to seek healthcare.

She also noted that the various components of the facility, such as the dispensary, delivery room and staff offices among others would provide the congenial atmosphere for the hospital staff to attend to their clients on time.

The MCE pointed out that the continuous increase in the enrollment in schools had placed a greater responsibility on the assembly to deliver the needed infrastructure at the basic level to prepare the pupils adequately to take advantage of the government's free education policy.

In that regard, the assembly would intensify efforts to get teachers to fill the vacancies in all the schools in the municipality.

This, according to her, would facilitate teaching and learning to meet the set educational standards especially with the planned roll out of the new educational curriculum in the next academic term.

She urged the user agencies to take good care of the facilities and cautioned the school authorities not to allow school facilities to be used for unintended purposes such as church services.

She assured the people of Ntowkrom that their roads would be fixed and electricity and internet facilities extended to the community, to enable them link up with the rest of the communities in the municipality and beyond.

The Municipal Director of Education, Mr. Edmund Aggrey-Forson pledged to monitor the teachers to ensure that the educational facilities were put to good use and also ensure that teachers posted to the municipality were sent to schools without teachers.