Staff of defunct First Ghana Savings and Loans Limited have given the Bank of Ghana up to September 11, 2019, to reverse the revocation of the license of the financial institution.

First Ghana Savings and Loans Limited which started as First Ghana Building Society (FGBS) in 1956 was originally licensed to operate as a mortgage financing institution.

From March 8, 2015, to 16th August 2019, the company served as the only savings and loans company in Ghana with over 50 percent of its customers being pensioners on the payrolls of SSNIT and the Controller and Accountant Generals Department.

Among the reasons the Bank of Ghana gave for revoking the license of the institution, were the fact that, they had a negative net worth of GHC 14.08 million and a capital adequacy ratio of negative 54.47 percent as of May 2019. 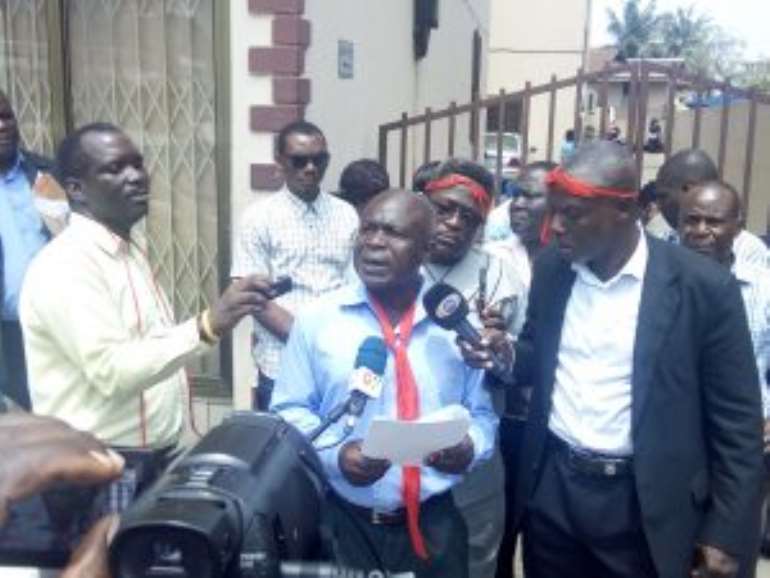 But in an address to the media on the reasons for the revocation, the convener of the Professional and Managerial Union of First Ghana Savings and Loans, Robert Agbodza blamed government through the majority shareholder National Investment Bank (NIB), for its woes.

“Our information was that a minimum additional capital of GH¢20 million would have averted this action. However, the government, through NIB, has watched on for the BOG to revoke our license. It is therefore preposterous for the majority shareholder (the state) of 98% who failed to discharge their responsibility of recapitalizing FGSL to turn around, using another agency of the state to accuse FGSL of insolvency and revoke its license.”

As of June 2019, the prior impairment net worth of FGSL was GH¢5 million, whilst the CAR stood at 15.2% (all positive according to the workers). 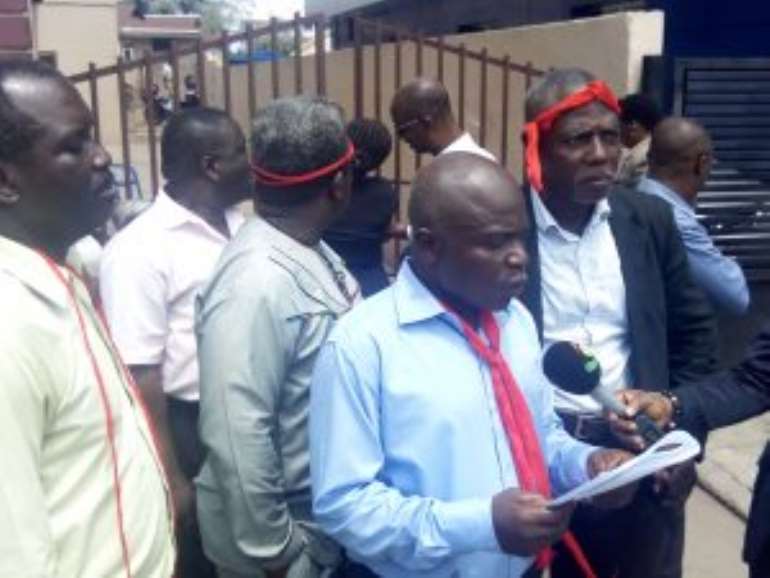 Mr. Agbodza further went on to call on the president to as a matter of urgency intervene to have the revocation of their license reversed.

“We are appealing to the Bank of Ghana to rescind its decision as early as practicable. There are other banks and savings and loans companies whose positions are worse than FGSL's, yet their licenses have not been revoked. We appeal to the President to, as a matter of urgency, intervene in our case. The government would not be fair to us if it allows the BOG's decision to stand. Finally, we demand that NIB takes its handoff First Ghana Savings and Loans to allow interested investors to take over the company.”

Even as the receiver for the 23 collapsed Savings and Loans Companies and Finance Houses continues to validate claims and make payments, some customers, some of whom were seen at the head office called for a speedy resolution to allow them to have access to their funds.

Rose Larko Otoo is a pensioner whose been saving with the institution for about 3 decades.

“The current situation has really worried me because I don't have any money. I live at James Town, and commuting to and from my place would cost me GHC 20. Someone gave me GHC 10 to pick a car here. When I return I would have to go and borrow some to pay for my trip back. We need the authorities to look into the situation and ensure that there are no delays in the release of our monies.”