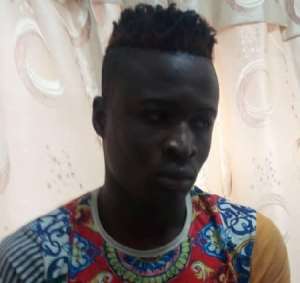 A 28-year-old scrap dealer, who stole police motorcycle at police barracks at Malejor near Oyibi, has been sentenced to 18 months in jail in hard labour.

Mohammed Kwame, who resides at Agbogbloshie in Accra, was charged with stealing and causing unlawful damage when he was put before the Dodowa Magistrate Court presided over by Gloria Naa Botor Laryea.

He pleaded guilty and was convicted accordingly on his own plea.

The court explained that for the fact that Kwame was able to steal from police barracks, he was being given a deterrent sentence.

Sergeant John Brahene, prosecutor in the case, narrated to the court that Mohammed Kwame, together with his accomplice named only as Razak, who is still at large, stole the police motorcycle with registration number GP 4818.

He was, however, arrested when riding the motorcycle in Accra.

On August 17, 2019 at about 4:00 am, the police officer after night patrol sparked the motorcycle at rented quarters at Malejor.

On the same day at about 4:30 am, another policeman who was also on a motorcycle patrol duty along the Dodowa-Adenta road, spotted Mohammed riding the motorcycle with Razak sitting behind him.

The police officer became suspicious and followed them. On reaching a section of the road at Opeibea in Accra, he signaled them to stop and arrested Mohammed but Razak managed to escape.

With the assistance of a military patrol team, they escorted Mohammed together with the motorcycle to the Airport Police Station where Mohammed admitted the offence and mentioned Razak as his accomplice.

Mohammed then led police to where they stole the motorcycle. He was handed over to the Malejor police together with the motorcycle for further investigation.

Investigations revealed that the suspects cut the ignition key with a sharp object, causing damage to the starter valued at GH¢200.