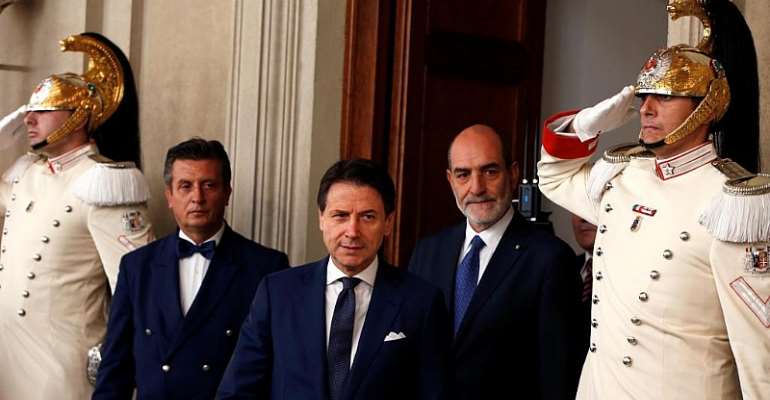 Italy's former prime minister Giuseppe Conte has accepted a mandate from the president to form a new coalition government between the anti-establishment Five Star Movement and the centre-left Democratic Party – with right-wing former interior minister Matteo Salvini's League party relegated to the sidelines.

"In the coming days I will return to the president of the republic ... and submit my proposals for ministers," Conte said Thursday, speaking to reporters after being mandated by President Sergio Mattarella to form a coalition.

Conte, who resigned last week after the collapse of the populist government earlier this month, said the new administration would have to work immediately on drawing up a budget and preventing a looming hike of sales taxes.

The Five Star Movement (M5S) and the Democratic Party are not natural allies – seen most recently when the Democrats refused to consider talks with the M5S after the March 2018 elections that eventually led to a coalition with Matteo Salvini's far-right League party.

Salvini 'in no hurry'
Analysts have warned the new alliance could be short-lived.

"Any new government formed by these unlikely bedfellows has the potential to be a fairly short-lived affair, given that the onus will now fall on a new administration to implement new EU mandated spending reductions of up to 23 billion euros this autumn," Michael Hewson, chief market analyst at CMC Markets UK, told AFP.

"These are not expected to be popular and likely to feed into the populist narrative of Matteo Salvini," he added.

The leader of the League party withdrew from the government and its coalition with the Five Star Movement on 8 August, calling for fresh elections.

Salvini said Wednesday that he was confident his party will win fresh elections next year, saying "we're in no hurry".

Delicate phase for Italy
Conte said after meeting with Mattarella that he would meet the parties immediately in a bid to establish political stability as quickly as possible.

"This is a very delicate phase for the country," he said. "We need to exit political uncertainty as quickly as possible."

M5S chief Luigi Di Maio has said the deal with the Democratic Party will have to be approved by his party's members in an online vote, which could take place by this weekend.

Italy faces a critical deadline for drafting a budget for the European Union. Without a government to do so, it could face an automatic rise in value-added tax to cover shortfalls, which could plunge the country into recession.