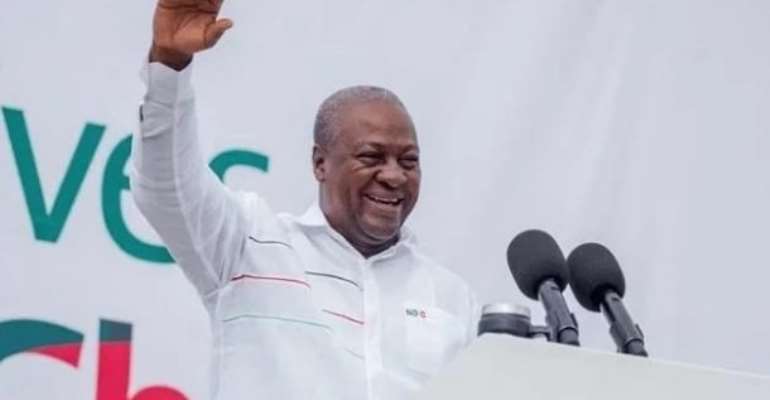 The dams claim to be built under the One Village-One Dam policy of the Akufo-Addo administration are laughable, former President John Dramani Mahama has said.

According to the flagbearer of the main opposition National Democratic Congress (NDC), whenever it rains, those so called dams which are visible dug-outs washes away- an indication of the inferiority.

Mr Mahama made these comments when he visited the Sawla-Tuna-Kalba Constituency where he interacted with the chiefs and people of Jindabor as part of his tour of the Savanna Region.

He later interacted with the people of Gbiniyiri, also in the Sawla-Tuna-Kalba Constituency, along with the party’s National Chairman Samuel Ofosu-Ampofo.

Mr Mahama indicated that the current government has remodified an initiative he started during his term in office.

“Always remember that when you deceive people, the reality catches up with you. The NPP came to power and they have started building what they call dams. It turns out that the dams they were talking of are the same dugouts that we were digging. Their dams are even of inferior quality because when it rains, the dams are breaking and the water is flowing out,” he emphasised.