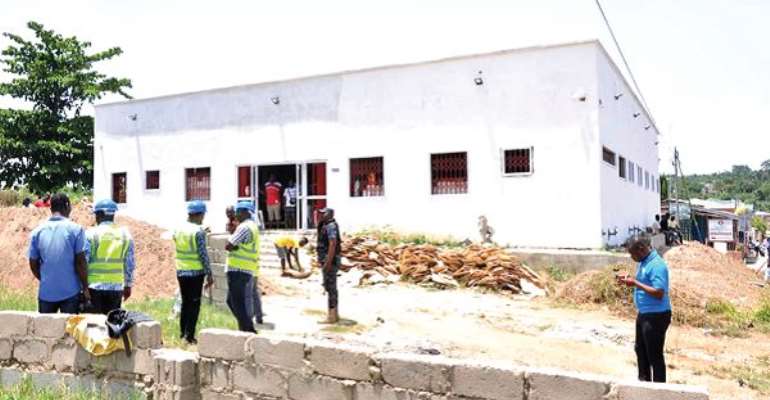 Four members of First Ghana Contractors Association are reported dead due to frustrations they are going through with their creditors.

Public Relations Officer of the Association, Mr. Yaw Tawiah Dickson at a press conference, said the over 150 contractors were awarded projects by Ghana First company last year August but are yet to be paid.

He, complained, many of their members have been hauled before court while some are also highly indebted to their creditors.

Sources indicated that, Ghana First company and the Government of Ghana is into Public Private Partnership (PPP) agreement to build about one thousand modernized toilet facilities across the country.

The facilities are in three categories; a 20-seater W/C, 20 bathrooms, 20 urinals, one dressing room, one laundry room and two extra rooms to be used as stores.

Mr. Twumasi Dickson, speaking to the media in Koforidua, added, the association is calling on government to intervene and investigate the operations of Ghana First Company Limited to ensure that members are paid the amount owed them.

"We are giving Ghana First a week ultimatum to pay members with clearing certificate within the period or else, there would be series of demonstration against them," he stated.

He insisted, "Per the contract, there was nothing like financial assistance so we are saying emphatically that, we are not interested in such a decision. All we need is our money".