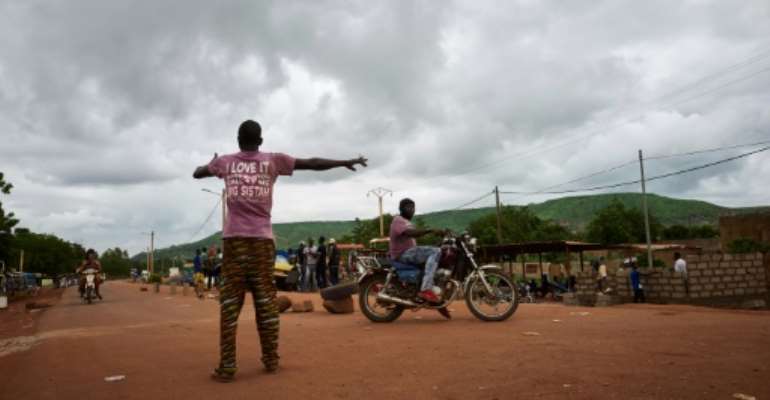 A Malian activist directs traffic on August 27, with the main road between the capital of Bamako and the western city of Kayes closed due to protest. By MICHELE CATTANI (AFP/File)

Protesters blocking key roads into Bamako on Wednesday lifted their barricades after negotiations with the government to allow transport to flow into the city, an AFP correspondent said Wednesday.

More than 1,000 goods trucks had been blocked at the entrance to the Malian capital after four days of protests over the poor state of the country's roads.

On Tuesday night, Transport Minister Ibrahima Abdoul Ly announced a deal had been reached with protest organisation Sirako, which means "About the Roads" in the West African country's Bambara language.

Prime Minister Boubou Cisse has released "emergency" financing of 5.0 billion CFA francs (7.5 million euros, $8.3 million) for the resumption of a major highway project, according to a source close to his office.

The protests started last Friday in the western city of Kayes when hundreds of residents blocked the main bridge over the Senegal River.

The unrest soon spread to other regions, with protesters everywhere calling for the urgent improvement of the former French colony's dilapidated roads and railways.