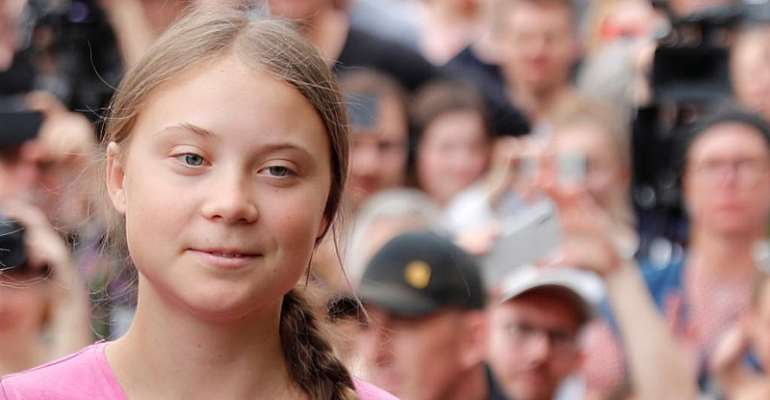 Swedish teen climate crisis activist Greta Thunberg arrived in New York City on Wednesday after sailing across the Atlantic on a zero-emissions watercraft from Plymouth, England.

"Land!! The lights of Long Island and New York City ahead," tweeted Thunberg, who arrived at dawn after a two-week journey.

Thunberg is scheduled to attend the United Nations Climate Action Summit global warming conference in New York and chose sailing instead of flying in order not to have plan carbon emissions. Everything on Malizia II, the boat she sailed with, was powered by solar power.

But it was not all smooth sailing for the crew as choppy water delayed their arrival by one day. She was accompanied by yachtsmen Boris Herrmann and Pierre Casiraghi, grandson of the late king of Monaco, Prince Ranier II.

Thunberg has become the poster child of the youthful climate crisis movement. She has gained momentum after taking her weekly student protests in Sweden to the world stage, inspiring strikes in 100 cities across the globe.

She carried out her protests during the Swedish general election last year, refusing to go to school in order to highlight the climate crisis and the impact of climate change.

Thrust into the limelight, the 16-year-old has met Pope Francis, spoke at Davos and in France's parliament, and participated in anti-coal protests in Germany.

She is currently taking a year off of school to carry out her busy activist schedule.