Appeal opens in case of Scandinavian hikers slain in Morocco 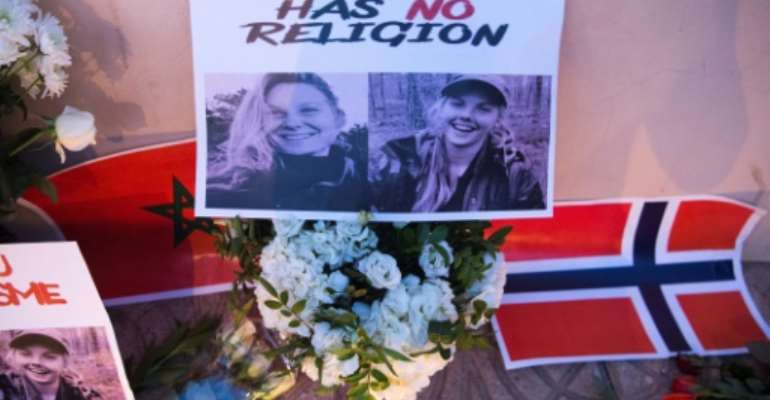 Flowers, pictures and flags in tribute to two young Scandinavian women killed while hiking in Morocco in December 2018. By FADEL SENNA (AFP/File)

The appeal opened Wednesday in the case of 24 men convicted over the beheadings of two young Scandinavian women on a hiking trip in Morocco's High Atlas mountains last December.

The appeal at the court in Sale, near Rabat, comes six weeks after three Islamic State group supporters were sentenced to death over the murders which have shocked the North African country.

The other defendants, including the only non-Moroccan, Spanish-Swiss Muslim convert Kevin Zoller Guervos, were handed jail terms ranging from five years to life.

The accused were transported to court in high security for the appeal, which was adjourned until September 11 after a brief hearing during which procedural issues were discussed.

While those convicted are seeking lighter punishments, the family of 24-year-old Danish student Louisa Vesterager Jespersen are urging the court to uphold the July 18 sentences, lawyers said.

Jespersen and her hiking companion, 28-year-old Norwegian Maren Ueland, nature lovers who were training to be guides, were on a Christmas holiday hiking trip when they were killed.

Their lives were cut short in the foothills of Toubkal, the highest summit in North Africa, some 80 kilometres (50 miles) from the city of Marrakesh, a tourist magnet.

Prosecutors and social media users had called for the death penalty for all three main suspects, despite Morocco having a de facto freeze on executions since 1993.

Alleged ringleader Abdessamad Ejjoud had appealed to God to "forgive" him during his trial.

The 25-year-old street vendor and underground imam has confessed to orchestrating the attack with two other radicalised Moroccans.

Younes Ouaziyad, a 27-year-old carpenter who admitted to beheading one of the tourists, also asked for "God's forgiveness". 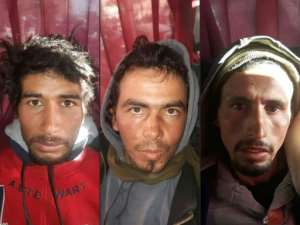 Rachid Afatti, 33, had admitted to filming the grisly murders on his mobile phone.

All but three of those on trial had said they were supporters of the Islamic State group, according to the prosecution, although IS itself has never claimed responsibility for the murders.

Khaled El Fataoui, lawyer for Jespersen's family, aims to prove the state's moral responsibility for the killings and to seek financial compensation.

The court, for its part, has ordered the three main accused to pay 2 million dirhams ($200,000) in compensation to Ueland's parents, although El Fataoui has said they did not have the means.

The defence team of those convicted has argued there were "mitigating circumstances on account of their precarious social conditions and psychological disequilibrium".

Coming from modest backgrounds, with a "very low" level of education, the defendants mostly lived in low-income areas of Marrakesh.

Guervos, the Spanish-Swiss defendant, was accused of having taught the main suspects how to use an encrypted messaging service and to use weapons. He was sentenced last month to 20 years in prison for joining a "terrorist group".