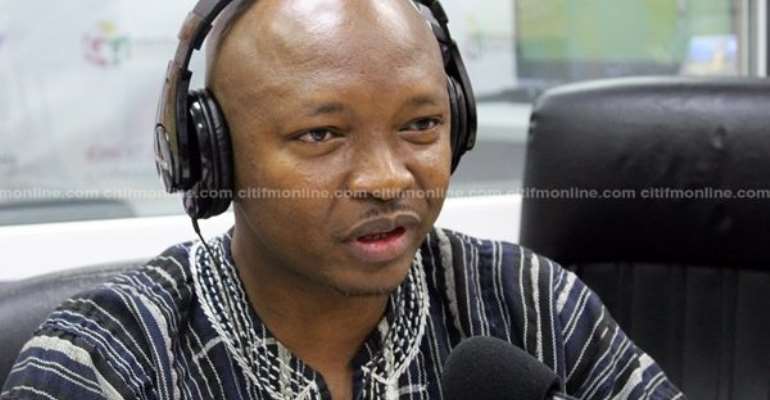 The National Democratic Congress (NDC) Member of Parliament for the Kumbungu constituency, Ras Mubarak, is unhappy that he lost in the party's parliamentary primary held over the weekend.

However, he said he will not take on the Ashanti Regional Chairman of the governing New Patriotic Party, Bernard Antwi Boasiako, who claimed he orchestrated his defeat.

Mr. Mubarak in response to questions posed him by Umaru Sanda Amadu on Eyewitness News regarding Mr. Boasiako's claim said: “if he is claiming to be the unseen hands who orchestrated my defeat, I leave everything to God. I live to fight another day.”

Mr. Boasiako, popularly known as Chairman Wontumi, had claimed that he devised ways through the use of money to cause Mubarak's defeat to teach him a lesson for being “too loud.”

“As for the other strategies, I cannot say them on air. When you look at Ras Mubarak for instance, considering how loud he is, we decided to teach him a lesson. All that is in our hands and in our interest as well. When they were going to elect their national executives, we told them we wanted people we can work with. In politics, you must know the weakness of your opponent and take advantage of them and so you help them choose a candidate. This is something that we have done and so in 2020 Nana Addo will retain the seat,” Chairman Wontumi explained.

Laws will deal with him if it’s a criminal act

Ras Mubarak on Eyewitness News also said the laws will certainly deal with Wontumi if what he allegedly did was criminal.

“…There are more Ras Mubarak’s in the NDC. There are men and women in the party who will continue to work tirelessly. They [NPP] haven’t recovered from many of the [bad] things [they had done] that we have been exposing. We’ve been exposing some of the things that have been happening. I don’t know how this is situated in law. Ethically, it can’t be right that a member or people from the ruling government would want to influence the outcome of an election in another political party.”

“If there is any criminality in what he is claiming to have done, clearly it is a lawful country and the laws of the land will deal with him,” Ras Mubarak said on Eyewitness News.

It is unclear whether Mr. Boasiako's claims of playing a role in Mr. Mubarak's defeat are true although the latter had early on claimed that he lost because his opponent engaged in vote-buying.

Ras Mubarak at the NDC's parliamentary elections held on Saturday lost to a senior lecturer and the Head of the Faculty of Agribusiness and Communication Sciences at the University for Development Studies (UDS), Dr. Hamza Ada.

The Kumbungu MP accused his opponent of vote-buying in a Citi News interview.

“We have seen levels of vote-buying and particularly in the Kumbungu election. Interestingly I have even reported and complained to the BNI to look into the possibility of money laundering. Officially, I have reported to the BNI to look at how people could just share money like crazy so to speak just three days ago,” he added.