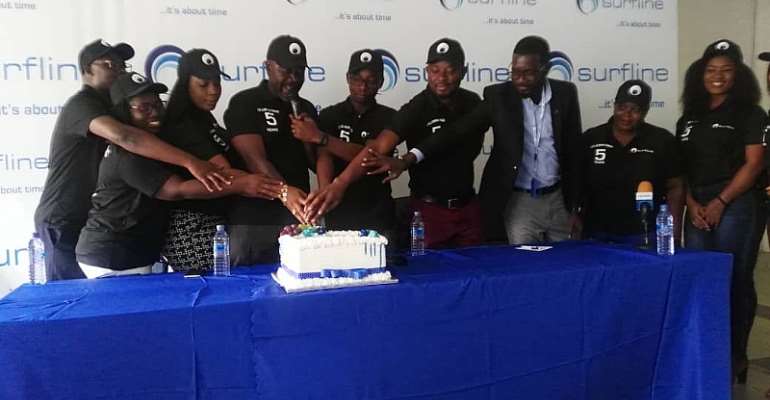 Surfline Ghana Limited on Tuesday launched its 5th Anniversary Celebrations in collaboration with the National Road Safety Authority (NRSA) to raise awareness on driving and chatting which is becoming a norm on the roads.

As a telecommunications service provider, Surfline is using the anniversary period to sensitise the general public on the dangers of using the phone while driving particularly texting, chatting at the same time.

According to the Chief Executive Officer of Surfline, Mr. Rene Gameli-Kwame, a number of people are still losing their lives through road accidents hence the company's focus on road safety issues.

"The 2018 half-year statistics indicates that there were; Six Thousand Seven Hundred and Forty-Five (6,745) crashes, Six Thousand Six Hundred and Ninety-Eight (6,698) injuries and One Thousand Two Hundred and Twelve (1,212) fatalities. This suggests an urgent need to support the road safety campaign to save lives," the Surfline CEO emphasised.

He revealed that the Surfline team will visit a number of lorry stations and public places with their NRSA counterparts to educate the public.

Touching on the scope of the business, the CEO revealed that Surfline has expanded to over 100 locations in Accra, Tema, Kasoa and its environs, and part of the Western region bringing to cherished customers, the benefits of a true 4G LTE set up.

He announced that a special package of Happy Hour bundle at 50GB for Ghc5 is available to all active and inactive Surfplus customers, assuring them of the company's unflinching commitment to providing greater value for money.

"2013 was a notable year for us for many reasons. Surfline became the first 4G LTE business to launch in Ghana with the single largest deployment of sites in Sub-Saharan Africa. A state of the art network infrastructure. It is important to note that, our staff, with a core value of zeal to execute our Services, have played a key role in how far we have come. Thanks to their professionalism, you can always count on us to deliver on customer care when the need arises. And so, on this auspicious occasion, I’d like to acknowledge and thank the staff of Surfline for continuing to remain diligent, even during difficult times. Be rest assured, that there are better times ahead," Mr. Rene Gameli-Kwame indicated.

He expressed heartfelt gratitude to all loyal customers and those yet to start using Surfline services, shareholders and directors, the Minister, Ministry Of Communications, Director of the NCA, Vendors, and Suppliers, Staff and Workers.

Adding their support to the Surfline road safety campaign, the NRSA Representative, Mr. Victor Bilson, stated that road safety issues are a shared responsibility hence Ghanaians should all get involved to save lives.

"We all need to spread the message to save lives because a lot of people are dying as a result of some avoidable habits people exhibit when they are driving. Testing, chatting on the phone and driving at the same time can kill you on the road," he pointed out. 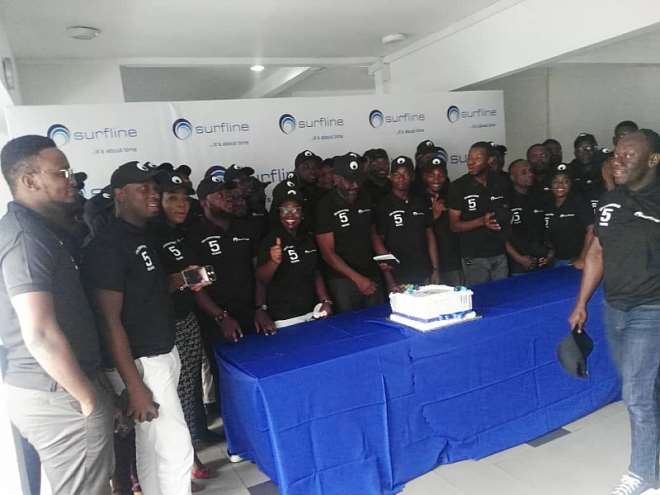 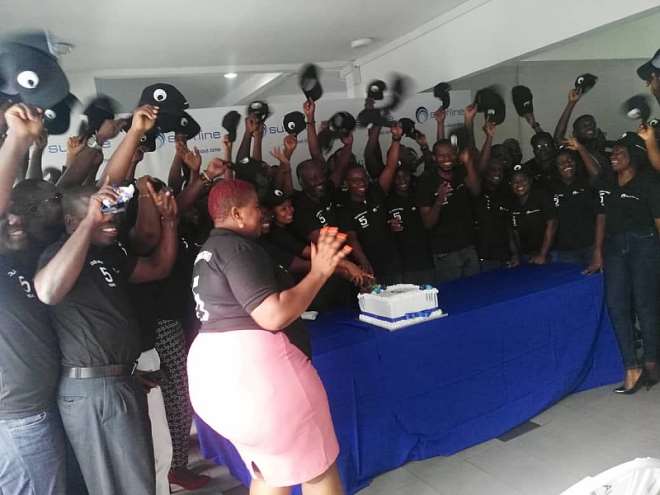