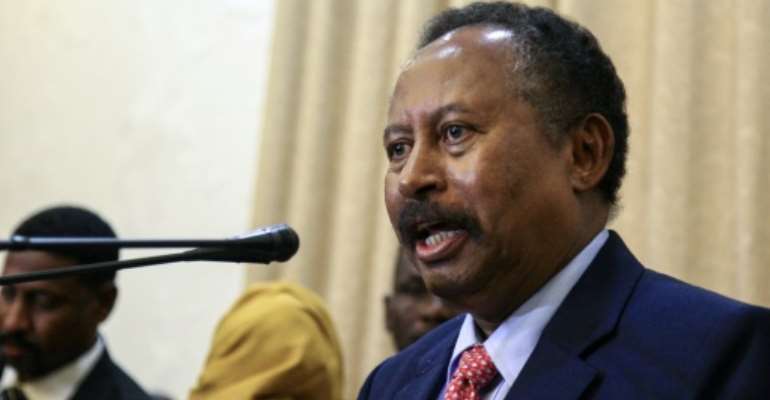 After months of unrest, Sudan's newly-appointed prime minister is due on Wednesday to announce a cabinet that will be the first since veteran ruler Omar al-Bashir was deposed more than four months ago.

Premier Abdalla Hamdok is set to name his key picks from a field put forward by the Forces for Freedom and Change (FFC) -- a grouping born of a movement that initially took to the streets against Bashir's 30-year rule and then forced the military rulers who deposed him to share power.

"I received on Tuesday afternoon the nominees for ministers provided by the FFC," Hamdok said, adding that it includes 49 nominees for 14 ministries.

The planned announcement comes after a joint civilian-military sovereign council was sworn in last week to steer the country through a three-year transition period.

On Saturday, Hamdok told a local TV channel that he would select technocrats based on their "competence".

"We are looking to create a homogeneous team to level up to these challenges," he said.

The cabinet is expected to be selected largely by Hamdok, with key exceptions being the interior and defence ministers, who will be chosen by the military members of Sudan's ruling body.

The first meeting bringing together the new government and the joint ruling council is scheduled for September 1.

"I have mixed feelings toward the coming cabinet. The leaked composition of the government suggests that it doesn't represent women to a satisfactory extent," she said.

In his Tuesday statement, Hamdok said he would take into account a "fair representation of women".

Abbas has called for 50 percent representation of women across transitional government structures.

The deal included forming a legislative body of no more than 300 people and allotted 40 percent of the seats to women.

Sudanese analyst Osman Mirghani said "the coming cabinet will enjoy a massive popular backing as it confronts the challenges ahead."

Mirghani, who is also the editor-in-chief of independent daily Al-Tayyar, says the cabinet should prioritise striking peace deals with armed groups across Sudan, especially those that rejected the transition roadmap.

The landmark agreement included a pledge to forge peace with armed groups within six months.

Bashir was indicted by the Hague-based International Criminal Court on charges of crimes against humanity and genocide in the vast western region of Darfur.

Another pressing challenge before the government is economic recovery.

Spiralling inflation and acute hardship were the main triggers for the anti-Bashir protests that erupted in December.

Much-needed foreign investment remains hampered by Sudan's designation by the US as a state sponsor of terrorism.

Hamdok said he is holding talks with US officials to remove his country from Washington's blacklist.

Eager for change, Sudanese are eyeing the new government with cautious optimism.

"I'm very optimistic especially after the new PM's remarks that he would choose cabinet members based on their competence," said 32-year-old Mohamed Amin, who works for an import-export company.

"Their skills will be put to true test as they face the challenges ahead."

For him, revamping the economy is tied to the government's ability to tap into the country's natural resources and agricultural potential.

"If it manages to do so, it would go a long way towards stability," he said.