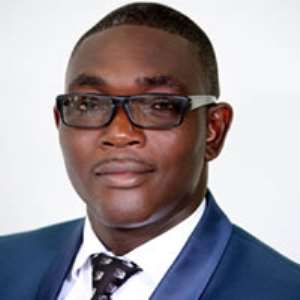 The Member of Parliament for the Odotobri Constituency in the Ashanti Region has been warned by the youth of his party, the New Patriotic Party (NPP) not pick a nomination form to contest the party’s upcoming parliamentary primaries.

The youth have threatened to humiliate Hon. Emmanuel Akwasi Gyamfi if he tries to act against their candid advice of the group.

The youth group calling itself the Concerned Youth of Odotobri NPP says the MP has failed abysmally and in his four terms in office, he did nothing apart from demonstrating gross incompetence and weak leadership and as such, is empty-headed and carries no convincing message to enable the party retain the seat in election 2020.

Mr. Akwasi Mensah, who is the Vice Chairman of the Concerned Youth of Odotobri NPP expressed these concerns at a press conference at Jacobu, a town within the Odotobri Constituency, on Tuesday the 27thday of August 2019.

Chronicling their reasons for their unwavering stance against him, the group disclosed that the Member of Parliaments’ poor performance has already been made known internationally by a recent research conducted by the University of Ghana’s Department of Political Sciences’ School of Social Sciences in collaboration with Konrad Adenauer Stiftung on the 275 constituencies, which found Hon. Emmanuel Akwasi Gyamfi amongst the ten worst performing MPs in the country.

According to the group, part of report on the study which reads “the survey also demonstrated that a very large percentage of the people of Odotobiri constituency are completely dissatisfied with the performance of their MP. …“generally, poor performance on the part of the elected induces apathy in the electorate”, has caused the NPP members in the area to become a laughing stock and the subject of cruel jokes from people in the constituency across the political divide.

The group feels that their MP, whois unperturbed by the findings and considers himself irreplaceable, has not taken the pain to even speak to the findings despite the availability of numerous media platforms across the length and breadth of the country; a clear indication that he has no respect for his people and is never ready to care about the welfare of his people or save the image of the government of which he is supposed to be part.

The Group also has stated that the MP is a visible opposing figure to the Nana Addo led administration. He has on numerous occasions leveled fictitious allegations against the Regional Chairman of the NPP (Wuntumi), the Chief Executive Officer of the Forestry Commission (Sir John) and the Honourable DCE of Amansie Central District to the effect that the three were depleting the Kobro Forest through illegal mining (galamsey).

“This allegation did not only generate controversy but also embarrassed the leadership of the party and made our party a laughing stock. …however, investigations later revealed that the allegations were unfounded.

He has demonstrated enough to make President Nana Addo very unpopular in our constituency and this is very dangerous for us as a party as we prepare for the 2020 elections.

The Concerned Youth of Odotobri NPP has blamed their MP for not using his office as the chairman of the Parliamentary Committee on Mines and Energy to cause any development in the constituency though there have been countless projects under the mines and energy sector embarked on by the NPP government.

“We are dumbfounded that most of our communities are still living in darkness when MPs who are far from theParliamentary Committee on Mines and Energy have been able to help their communities hook onto the national electricity grid. What is the essence of having this man as our MP?..”, the youth yelled.

Touching on the use of his share of the MPs Common Fund, the Group asked their MP to provide the people with information on all that he has been using his part of the fund for as there has been no transparency and accountability in the manner the MPs Common Fund is used since 2004 when he started representing them in parliament.

Upon these accusations and others such as the MP having distanced himself from the party’s constituency executive and the DCE of the area as well as failing to support party activities, the Concerned Youth of Odotobri NPP is charging the New Patriotic Party to counsel their Member of Parliament, Hon. Emmanuel Akwasi Gyamfi, to burn out any interest he has in leading the party again in the same capacity.

The Concerned Youth of Odotobri NPP has threatened to use all available means, including series of peaceful demonstrations, to show the legislator how fed up the electorates are with his leadership and the need for him to save the image of the NPP government and its members in the Odotobri constituency by not considering even picking a nomination form when the time is due.