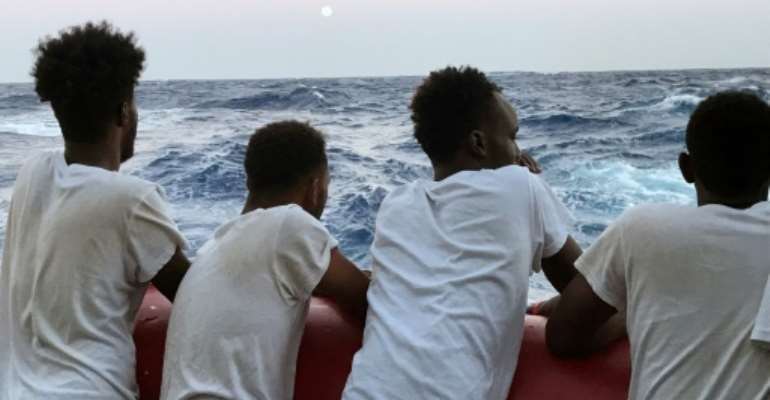 Looking for a safe harbour: Migrants onboard the Ocean Viking rescue ship. By Anne CHAON (AFP/File)

The over-crowded vessel, operated by French charities SOS Mediterranee and Doctors Without Borders (MSF), had to cope for nearly two weeks as arguments raged over who should take in the stranded migrants. 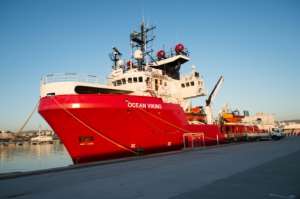 "This is an unacceptable situation," MSF rescue coordinator Nicholas Romaniuk said in an interview with AFP after the ship docked Tuesday in Marseille, southern France.

Here are the lessons he learnt from the ship's first mission:

Political questions that shouldn't be asked

"The situation at sea is worse than before because now we have more information on the boats in distress," says Romaniuk, referring to data that was previously provided by the Italian and Maltese Maritime Rescue and Coordination Centres(MRCCs).

"And also because the wait to rescue people is still long. Twelve days in our case," he says after European nations turned away the rescue ship. 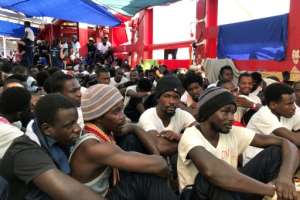 "(It was) thanks to the (six) European nations, including Malta, which organised themselves to welcome the survivors, but after the first rescue (August 9) we made a request to dock the survivors. And nobody answered except for Libya.

"But the Libyan coastguards bring people back to Tripoli, a city at war in a country at war, and to detention centres such as Tajoura (bombed in early July), still open despite promises it would close.

"No other MRCCs responded to our call.

"We are no longer in the context of maritime law, they are political choices but we shouldn't even be asking ourselves these questions."

Libya, caught up in civil conflict since the 2011 uprising killed dictator Moamer Kadhafi, remains a major and dangerous transit route for mostly sub-Saharan migrants trying to cross the Mediterranean to reach Europe. 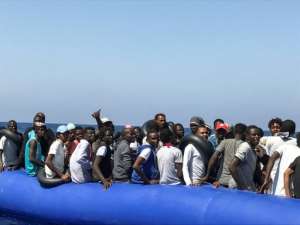 "People are fleeing what they call Libyan hell and continue to do so even if there is no one left to help them except a handful of NGOs. It is unacceptable suffering and it is a shame for Europe," Romaniuk said.

"Well done, really well done to those who continue to intervene, whether NGOs, military boats, or commercial cargo ships: well done to all those who do not give up." 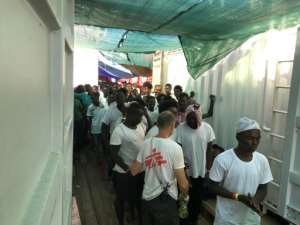 "We have found the right tool and the right crew, even if the work remains difficult for all of us. We have found a new home, even though our heart will remain aboard the Aquarius ship forever" Romaniuk said.

"But before (we set off) we said to ourselves: 'It's not going to be like before'. And we were surprised. It was like before! We will continue to improve it. For instance, installing containers on the deck, even though we could not house everyone, it was the right idea. 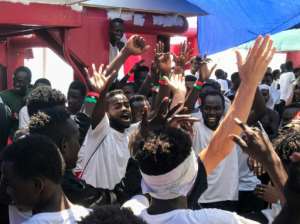 "But of course, it's expensive for an NGO operation to wait 12 days.

"As nobody wanted to let us dock, we had to go back to the north, wait until we reached Malta and then as we were not allowed to refuel, we had to come back here, to Marseille ... There are additional expenses in fuel in addition to the rental of the boat (14,000 euros or over 15,000 dollars per day).

"Is it a deliberate plan to keep us out of the rescue zone?" Romaniuk asks.

It's Time You Fold Up And Join NDC — Sekou Nkrumah Advises C...
34 minutes ago