In Ethiopia, a rehab centre takes on khat addiction 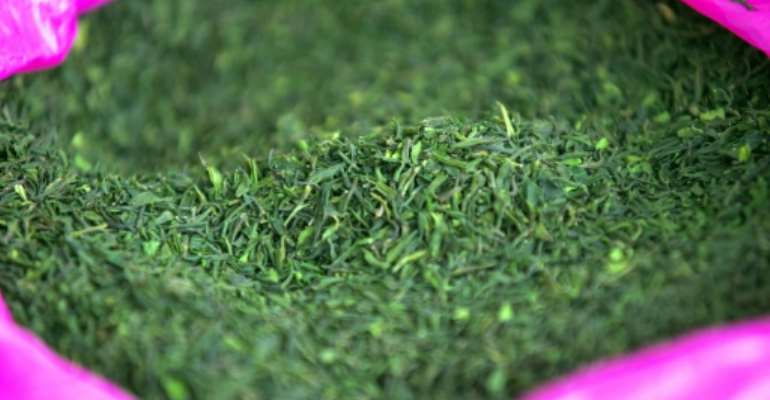 Yonas Getu Molla started chewing khat as an architecture student, when he and his friends would munch on the leafy stimulant late into the night to help them study.

When they closed their books, their heartbeats racing, they would seek out depressants like vodka and cannabis to dull the plant's amphetamine-like effects so they could sleep.

Yonas blames khat for leading him into drug and alcohol addictions, which cost him his career, his savings and the respect of his family.

"One substance would follow the other substance," he said. "It's like a coin -- the back and the front."

At the state-run Substance Rehabilitation Centre, he has been forced to give up khat alongside his other addictions -- a rare approach in a region where few are trying to tackle the controversial habit.

While banned in many countries, chewing khat is commonplace in Ethiopia and the wider Horn of Africa region.

Many see it as a cultural activity rather than a societal problem. 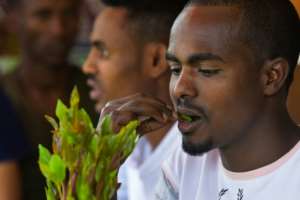 However, some users are frank about the side effects: loss of appetite, damaged teeth and lack of sleep.

The habit can also drain household finances. A user in the capital Addis Ababa would expect to pay around $4 a day for khat from the eastern city of Harar, long a centre of production.

Ethiopia's average annual per capita income is $783 (705 euros), according to the World Bank.

Welday Hagos, a clinical psychologist and director of the Mekele-based centre -- Ethiopia's only free, long-term drug and alcohol rehabilitation facility -- believes that khat is a gateway drug to harder substances.

He told AFP that more than 80 percent of the 500 patients who have stayed there since it opened in 2015 started out chewing khat.

"We are not on the right track," he said. "We have to increase the knowledge of our population of the consequences of khat chewing." 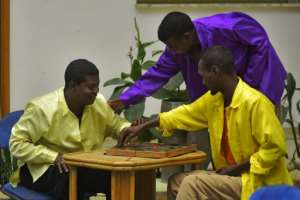 They complain of everything from irritability to nightmares and wild fluctuations in appetite.

Despite the complaints, there is little consensus among health experts on how addictive khat actually is.

As well as individual and group therapy sessions, users treated at the centre are prescribed medication for withdrawal symptoms.

They are also offered "spiritual sessions", the chance to work out in a makeshift gym or by playing football and entrepreneurship training.

Khat is Ethiopia's second-biggest export behind coffee, with heavy traffic to neighbouring Djibouti and Somalia. 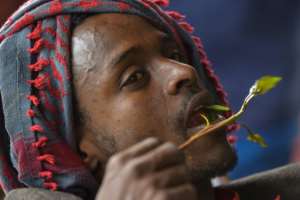 Sporadic campaigns by local civil society groups have failed to result in a ban like those imposed in Britain and the United States.

"In some parts of the country, especially in the eastern parts, people do not see it as a problem," Welday said.

"They use it for cultural celebrations and other things, similar to alcohol."

In an area of Addis Ababa known as Little Mogadishu, khat is often referred to as "green gold".

On a recent afternoon, its sleepy streets came alive with the arrival of a van bearing freshly picked khat from Harar. 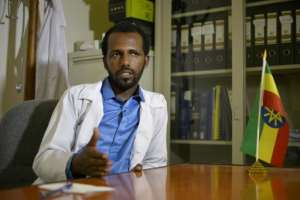 After crowding around the van and bartering for sacks of the green leaves, a group of five young men arranged their plastic stools in a circle on the roadside.

Shielded from the sun by an umbrella, they praised the virtues of khat while stuffing wads of it into their mouths.

The leaf, they said, serves as a pain reliever, an appetite suppressant and an anti-depressant.

They said that it calms the population, making it easier to police. And they claimed that it lowers their sex drives, making them less likely to cheat on their wives. 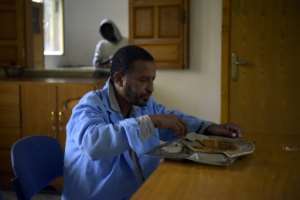 Those who use khat while working said that it brought them to a state known as "merkana", which they described as an intense but joyful concentration that made them more productive.

The men had little patience for claims that khat was a "gateway drug".

"People who say that are people who were already addicted to alcohol, to different kinds of drugs," said Ousman Abdulahi.

"When you do khat, it just makes you focus."

However, some residents of the Substance Rehabilitation Centre say their lives were ruined by khat even without moving on to other addictions. 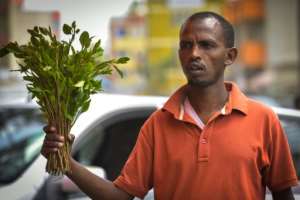 He would stay up all night chatting up women on Facebook, he said. After his wife found out, their marriage ended in divorce.

He believes his three-month stay at the rehab centre helped him quit khat for good.

Now he looks forward to rebuilding his life.

"I want to remarry and start a family and get my self-respect back," he said.

"Most people, when they leave this place, they fear that they will relapse, but I don't have that feeling."