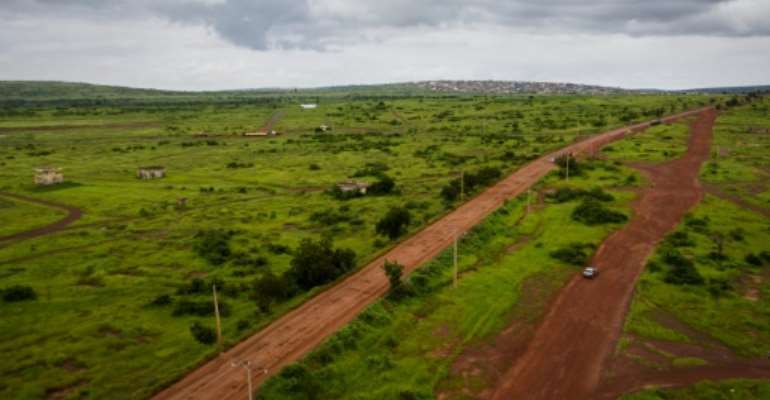 Protesters across Mali are calling for urgent improvement of the country's dilapidated roads and railways. By MICHELE CATTANI (AFP)

More than 1,000 trucks loaded with merchandise were blocked Tuesday at the entrance to Mali's capital Bamako on the fourth day of protests against the poor state of the country's roads.

AFP reporters witnessed the line of trucks snaking about a dozen kilometres along the road that leads from the Kati toll station some 15 km (9.3 miles) outside the capital to the country's west, and beyond to Senegal and Mauritania.

The protests started on August 23 in the western city of Kayes when hundreds of residents blocked the main bridge over the Senegal River.

It has since spread to other regions, with protesters everywhere calling for urgent improvement of Mali's dilapidated roads and railways.

"I have been here for four days, we cannot enter Bamako," a truck driver said in Kati, describing the demonstrators' "battle" as "belonging to everyone".

Moussa Coulibaly, from Dakar in neighbouring Senegal, feared his truckload of fruit "will soon not be edible."

Buses, too, have come to standstill. A stranded woman who identified herself only as Amy, said she had no choice but to walk 15 km with three suitcases hoping to make it to Bamako on time to catch her flight to France.

Along the barricades, members of the pressure group Sirako insisted they would remain until they had a firm commitment that roads would be upgraded.

Prime Minister Boubou Cisse met representatives of the group on Monday but failed to convince them to lift the blockade.

"Improving the state of transport infrastructure is among the government's priorities," the premier's office said in a statement.

But protester Ben Sangare was not convinced, charging on Tuesday: "The government gives the money, and the people in charge of constructing the roads botch the work and divert the money."