Tanzania to send back Burundi refugees from Oct 1 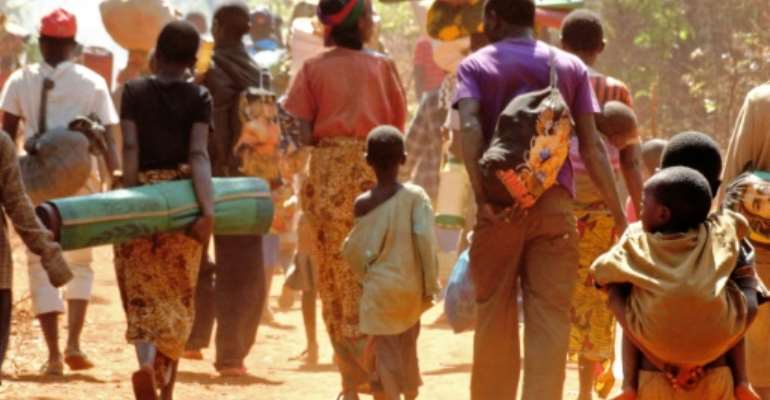 According to Tanzanian government figures, around 200,000 Burundians have fled to Tanzania. Many arrived after a political crisis erupted in Burundi in 2015. By MARY MNDEME (OXFAM/AFP/File)

Tanzania on Tuesday announced it would send back all Burundian refugees on its soil from October 1, saying it was working with the UN to secure their return.

But the UN High Commissioner for Refugees (UNHCR) issued a statement that insisted any returnees should go home voluntarily.

According to Tanzanian government figures, around 200,000 Burundians have fled to Tanzania. Many arrived after a political crisis erupted in Burundi in 2015.

Speaking to AFP, Tanzanian Interior Minister Kangi Lugola said, "In agreement with the Burundian government and in collaboration with the High Commissioner for Refugees, we will start the repatriation of all Burundian refugees on October 1."

"Under this agreement, it will be 2,000 refugees who will be repatriated every week until there are no more Burundian refugees in Tanzania," he said.

Lugola was speaking after he and Burundian Interior Minister Pascal Barandagiye on Sunday went to one of the refugee camps where they made the announcement of the return to the refugees themselves.

Burundi was plunged into a crisis in April 2015 when its president, Pierre Nkurunziza, whose regime has been widely accused of rights abuses, declared he would seek a third term in office.

He was re-elected in July the same year, but the unrest sparked by his announcement, followed by a crackdown, traumatised the country.

At least 1,200 people died and prompted more than 400,000 people fled their homes, according to the International Criminal Court (ICC), which has opened an inquiry into alleged crimes against humanity.

Lugola warned that Tanzania would not brook any interference in the repatriation accord.

He said he had "information whereby people, international organisations, are deceiving people, telling them there is no peace in Burundi."

"It's not true -- Burundi is at peace and the refugees should go home," he said.

The UNHCR, in a statement sent to AFP, said: "While overall security has improved, UNHCR is of the opinion conditions in Burundi are not currently conducive to promote returns."

"However, we are assisting refugees who indicate they have made a free and informed choice to voluntarily return. Nearly 75,000 refugees have returned to Burundi since Sept 2017, citing the wish to return to their houses and farms, and to reunite with family."

The UNHCR statement pointed to the "commitment" of the governments of Tanzania and Burundi "to uphold international obligations and ensure that any returns are voluntary in line with the tripartite agreement signed in March of 2018."

The March 2018 deal, gathering Tanzania, Burundi and the UNHCR, covers refugees who wish to return on a voluntary basis.

"(...) Hundreds still flee Burundi each month, and UNHCR urges governments in the region to maintain open borders and access to asylum for those who need it," the UNHCR statement added.

No Gov’t In 4th Republic Has Matched Our 3years Achievements...
5 minutes ago