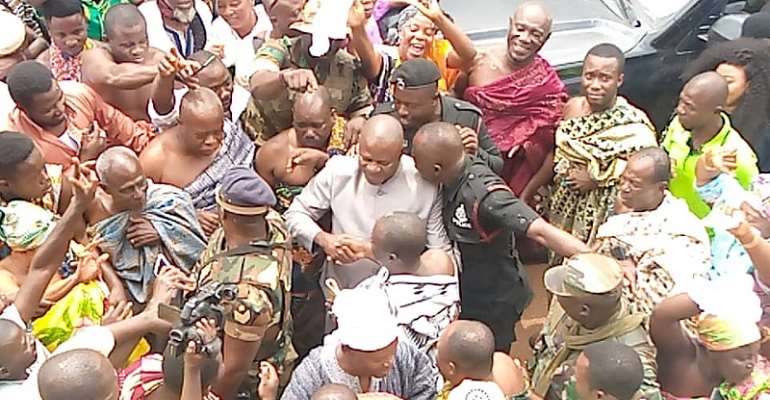 The Paramount Chief of Ejura Barimah Osei Hwedie II has condemned the killing of Otumfour's Asamponhene Oheneba Kwadwo Afodour, calling for the arrest of the killers.

He has appealed to the general public to assist the police with relevant information to bring the perpetrators of that horrible act to book.

Addressing the media at a press conference on Saturday August 24, 2019 at his palace at Ejura in the Ejura-Sekyeredumase District, Barimah Osei Hwedie II noted that no effort should be spared in assisting the police and charged the public to cooperate fully with the police in the ongoing investigations.

He however debunked claims that he invited the murdered chief to his palace for a meeting after which he was brutally murdered.

He disclosed that he has never in his lifetime sat in any meeting with the suspect Sadat Mohammed (Alhaji) who is currently at large.

The Asamponhene of Kumasi, Nana Fodour was allegedly stabbed to death by some armed assailants whilst travelling on the Ejura - Nkoranza road in the Ashanti Region on Sunday, August 18.

In a wide spread media report, it was alleged that Barimah Osei Hwedie II invited the deceased for a meeting in Ejura on Sunday and in the process met his untimely death.

Barimah Osei Hwedie II in the presence of his subjects has sworn never to bring any shame to the Golden stool and the people of Ejura.

He has therefore called on the public to treat the information that he had a hand in the death of the late Asamponhene with the contempt it deserves. 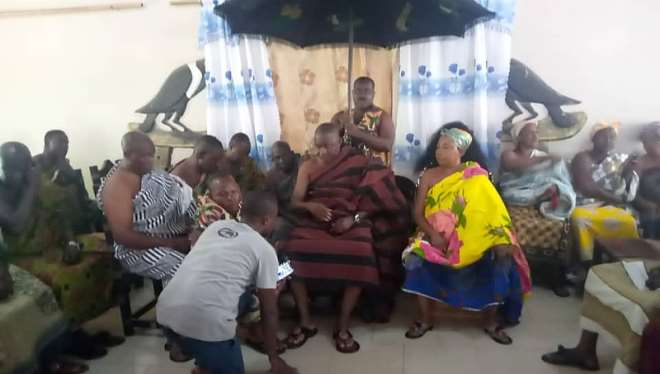 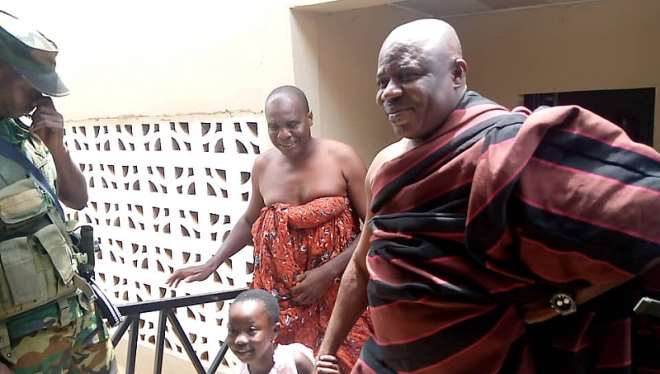