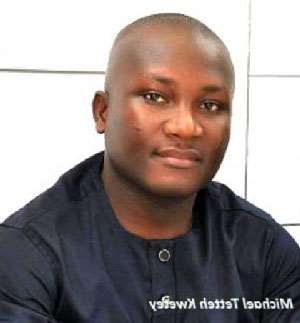 According to him, the results of the NDC Parliamentary Primaries in Ningo-Prampram would have been different if the party executives had done everything in accordance with the agreed arrangement put down before the primaries.

Speaking on Okay FM's ‘Ade Akye Abia’ Morning Show, the former NDC Constituency Chairman for Ningo-Prampram insisted that Sam George polling 407 votes as against his 400 votes would not have been the outcome if all the 92 branches which agreed to participate and vote in the primaries were allowed.

“To be honest with you, if we had done everything to the agreed arrangement the party executives put in place, these results would not have been the outcome in the primaries, because we have 93 branches in Ningo-Prampram which the electoral commission call them polling stations. Before I became the NDC Constituency Chairman, Sam George led a team to conduct elections in 89 out of the 93 branches,” he narrated.

He, however, wondered why the three branches which he helped to set up in accordance with the directive of the Regional Executives has become an issue simply because they are in his stronghold while nobody found anything wrong with the 89 branches which were set up by Sam George.

“ . . Sam George set up 89 branches and I never said anything against them but then only 3 branches that I and my executives have done, the General Secretary has taken them out, I give that matter to God. So, we are done with the elections. I don't have any hatred in me for saying that I give the matter to God. It is the NDC party that I love and willing to work for but with the happenings in the party against me, it is not good,” he bemoaned.

He is therefore willing to meet Johnson Asiedu Nketia to ask for forgiveness if he had wronged him in any way as some of his decisions always go against him in Ningo-Prampram.

“I have decided to meet with the General Secretary . . . I will make sure that I see him personally to ask him to forgive me if I have wronged him in any way that I don't know of, because anytime I stand for election, some of his decisions he takes, go against me,” he disclosed.