Theophilus Donkor v. Attorney General: A new dance for a new President and appointees of a previous Government 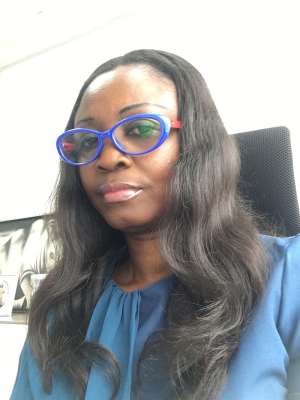 Theophilus Donkor v. Attorney General: A new dance for a new President and appointees of a previous Government

It’s final. Both Parliament and the Executive were wrong. No longer must some public servants leave office simply because there has been a change in Government.

Since the advent of the Fourth Republican Governments, in-coming and incumbent governments bring and appoint their “men” to head public boards and corporations. When they lose power, the succeeding government removes all those men and replaces them with their own “men.” The Presidential (Transition Act) 2012 (Act 845), which automatically removed certain appointees from office once the term of the appointing President ended, was seen as giving legitimacy to the practice.

However on 12th June 2019, the Supreme Court delivered its decision in “Theophilus Donkor v Attorney-General [Unreported, Suit No. J1/08/2017, 12/06/19], which explained that the wholesome removal of persons appointed into public office upon assumption into office of a new President was, to some extent, unconstitutional. The decision is important because it clarifies the position on the category of persons, whose appointment may or may not be terminated upon the assumption of office of a new President. The Supreme Court held in Theophilus Donkor as follows:

In arriving at its conclusions, the Supreme Court considered the issues raised by the action and made various findings as follows:

Section 14 of Act 845 does not apply to representatives of constituent bodies or interests on the governing body. These can only be removed by the body or interest they represent in accordance with the tenure and removal provisions of the Act that establishes that particular statutory body or corporation.

Executive heads of statutory boards and corporations are not affected by section 14 of Act 845. Such heads are public officers under article 190 of the Constitution and hold office under the terms and conditions stated in their appointment letters and may only be removed in accordance with those terms.

Section 14 of Act 845 does not operate to dissolve all governing bodies of statutory boards and corporations on the election and assumption of office of a new President. Section 14 applies to only persons, who hold any of the offices specified in the Schedule. The following persons are listed in the Schedule to Act 845:

I. The persons holding office under the Presidential Office Act, 1993 (Act 463).

VI. Persons appointed by the President or a Minister of State as members of Statutory Boards and Corporations.

Members of governing boards/chief executives of State Companies are to be removed in accordance with the “articles of incorporation” i.e. their respective Regulations and the Companies Act, 1963 (Act 179).

Constitutional governing bodies such as the Judicial Council, Police Council, and Public Services Commission are not affected by section 14 of Act 845. They are not automatically dissolved upon assumption into office of a new president.

3. The category of officers mentioned in section 14, apart from public officers appointed in accordance with article 195(1) of the Constitution, are not members of the Public Service and are therefore, not governed by article 191(b).

Effect of the decision

The only persons who are automatically removed are the persons specified in the Schedule of Act 845.

The decision may be seen as Ghana’s Marbury v Madison 5 U.S. (1 Cranch) 137 (1803), where the U. S. Supreme Court established the principle of judicial review in the United States by declaring an aspect of an Act unconstitutional. In the Marbury v. Madison case, U.S. President John Adams lost the 1800 U.S. presidential election to Thomas Jefferson. And two days before his term as president ended, President Adams appointed party supporters to new circuit judge and justice of the peace positions in an obvious attempt to frustrate the newly elected President Jefferson and his supporters. It was against this background and events that followed that led to one of the appointees, Marbury, filing the action seeking an order of mandamus to compel the new president to give him his commission. The court held among others that the relevant part of the US Judiciary Act of 1789, which could have allowed the court to issue a writ of mandamus for the new president to give Marbury his commission was unconstitutional.

A potential problem that may arise from Theophilus Donkor is the situation where a new President may be “forced” to work with a chief executive appointed by a previous President, who does not share the same ideology, goals or vision or is a member of a different political party.

The decision may also lead to a situation similar to what led to Marbury v Madison where an incumbent President upon losing an election and before leaving office decides to appoint into vacant chief executive positions, their cronies or people who support their agenda with the aim of frustrating a new President. Alternatively, the exiting President may decide to legally terminate the appointments of chief executives and appoint people into office with the aim of frustrating the new President.

Thus, it is important to have clear termination terms in the appointment letters of chief executives that enable new Presidents remove them easily.

Decision, the Labour Act and Article 191(b) of the Constitution

The Labour Act, 2003 (Act 651) provides that a person may be terminated without giving reasons for the termination provided the requisite notice period or salary in lieu of notice is paid. Parties may also agree on a mutual termination under Act 651.

Act 651 applies to all workers and employers except the Armed Forces, the Police Service, the Prison Service and the Security and Intelligence Agencies specified under the Security and Intelligence Agencies Act, 1996 (Act 526). Thus, it would seem that Act 651 may be applied in removing a chief executive of a statutory body that is covered under Act 651 by simply giving him notice or salary in lieu of notice. However, it is critical to note that such chief executives are public officers and therefore, they can only be removed with just cause under article 191(b) of the Constitution. Thus, the power to terminate without reason under Act 651 will not apply to them. They may only be terminated with just cause or in accordance with their appointment letters.

Currently, the provisions of Act 651 on termination of employment are usually captured in appointment letters of these chief executives or howsoever they are called. It is hoped that this remains the position going forward so that we are not faced with a Marbury v. Madison situation.

Overall, Theophilus Donkor is an important decision that clarifies and provides a roadmap on how appointees to statutory bodies are to be treated when a new President assumes office. However, even though it provides a good roadmap, it is not devoid of pitfalls and has the potential of leading to some conflicting situations.

By Golda Denyo ( [email protected] ), partner in the Disputes Department of Bentsi-Enchill, Letsa & Ankomah. She has a vast experience in civil litigation –commercial, telecommunications, mining, land etc. Handled various disputes on behalf of multinationals, local companies in the mining and energy, banking and, telecommunications sectors among others.