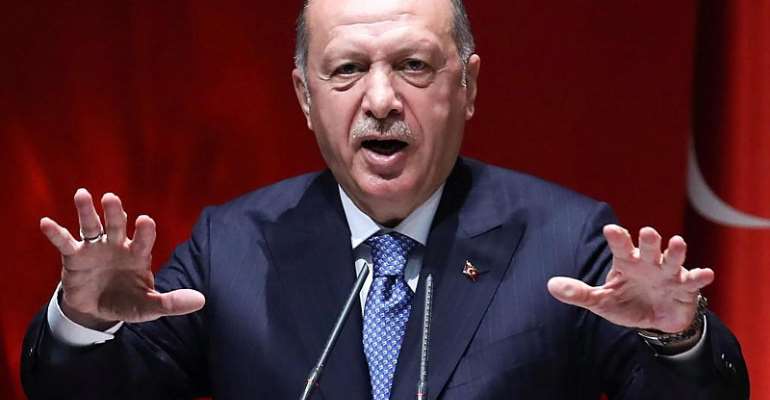 Turkish President Recep Tayyip Erdoğan pays an unscheduled one day visit to Moscow for a meeting with his Russian counterpart, Vladimir Putin. The visit comes days after a Turkish convoy was hit by an air strike in Syria. The trip highlights the complex relationship between the two regional powers that both try to keep the US on arms' length.

The surprise visit comes as the forces of President Bashar al-Assad made advances into the last rebel stronghold of Idlib in Syria's northwest and upped the stakes with Turkey in its months-long offensive backed by Russia.

The Turkish presence in Syria was agreed upon in the September 2018 Sochi Agreement between Moscow and Ankara.

The deal included a 15-20 km deep demilitarized “de-escalation area” with “fortified Turkish observation posts” and optimistically aimed at removing “all radical terrorist groups” from the area.

The Jihadist groups include the Hayat Tahrir al-Sham (HTS), seen as the Syrian franchise of al-Qaida and listed as terrorists by Russia and the UN.

Fighiting continued through the year, and a recent flare-up undermined the September Sochi deal.

Days earlier, a regime air strike cut off a Turkish military convoy shortly after it crossed into Idlib en route to Khan Sheikhun.

“As it happened, the Turkish forces have not been able to bring the extremist opposition group under control,” says Professor Iltar Turan, of Bilgi University in Istanbul. The troops of Syrian president Bashar al-Assad have been moving north to try and finish the job.

“The Russian government has basically said that it is the right of the Assad government, which is the legitimate government of Syria, to reclaim its territory,” says Turan, adding that Russian forces may have “assisted the Syrians to achieve their military goals. Turkey fears that this is a violation of the Sochi agreement,” hence Erdogan's visit to Moscow, which may be seen as crisis management.

According to Turan, this Tuesday, the Russians have installed checkpoints around the Turkish observation posts as to avoid direct contact with the Syrian troops.

Breakaway territory
“Turkey is unhappy with the Russians because they side with the current Syrian regime,” says Turan.

“But they are even less happy with the Americans, who are supporting, in Turkish judgement, a terrorist group – the YPG, which Turkey sees as a terrorist offshoot of the PKK, a Kurdish group within Turkey that fights for independence – which “in the long run may be interested in forming a breakaway territory.”

Meanwhile, Ankara made Nato, of which it is a member, angry after the purchase of the sophisticated Russian S-400 anti-aircraft system.

As a result, The United States has expelled Turkey from Nato's F-35 stealth fighter jet programme.

“The buying of missiles from Russia is because the US initially did not respond to the Turkish request to buy a new air defence system,” says Turan.

“So when it became clear that the Americans were not necessarily going to deliver, Turkey opted for the Russian offer,” he says.