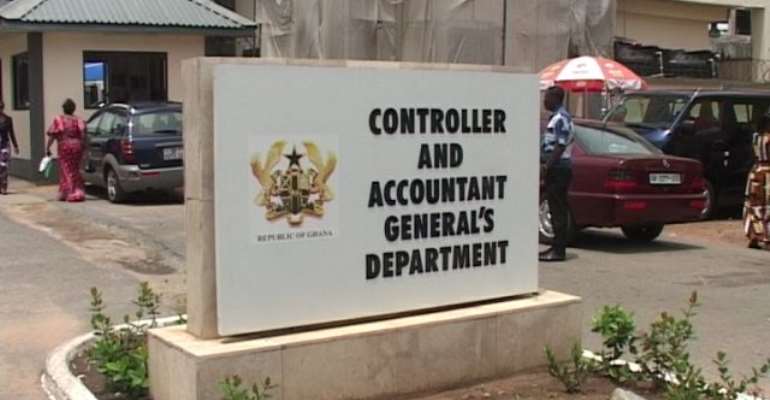 The Cash Management Directorate of the Controller and Accountant General's Department has identified over 12,000 accounts belonging to the Ministries, Departments, Agencies (MDAs) and the Metropolitan, Municipal and District Assemblies (MMDAs).

Out of the figure, 6,000 of these accounts had been closed while the department is taking steps to reduce the numbers to an acceptable level.

Mr Siraj Tanko, Chief Accountant at the Ministry of Environment, Science, Technology and Innovation (MESTI), said this on Monday at a hands-on refresher training for officers involved in financial transaction under that Ministry and its agencies.

Over the next three days, the participants, including budget officers, stores, accountants, internal auditors, procurement officers and the Chief Director, would be schooled on the Ghana Integrated Financial Management Information System (GIFMIS) and Public Financial Management (PMF) regulations.

They would also be updated on the roles and responsibilities of each person on the value chains to avoid other officers transgressing into another's responsibility.

Using one case during the Public Accounts Committee as an instance, Alhaji Tanko said an agency had over one hundred different accounts.

“What happened is that the agency was dealing with many donors who requested it to open separate accounts. At the end of the day that agency have money spread across. This is not right under the Treasury Single Account,” he explained.

He acknowledged that the move by the government to limit agencies to four accounts was the best tool to ensure effective cash management and also ensure that their accounts were also moved to the Bank of Ghana.

Per the new directive, Mr Tanko, said MMDAs could only have accounts for operations, consolidation, donor and internally generated funds, adding that, it was in the best interest of the state.

On some of the new regulations on the PFM that came into force in May, he explained that, in an event of asset disposal of a MMDAs, the mandate rest on the Chief Director but not the political head.

Mr Tanko stated that the Chief Director was responsible for all approvals and clarified that the system gave them the opportunity to query transactions.

He cautioned that the regulations required that all financial transactions needed to go through the GIFMIS and that the law would deal ruthlessly with any officer who failed to comply.

Mr Daniel Sahnoon, Functional Lead at GIFMIS Secretariat, reiterated that, the GIFMIS was meant to replace all stand-alone legacy Financial Management Systems at the government agencies.

He said GIFMIS also had the possibility of interfacing other systems that need to be maintained; adding that, this was to assist in achieving improved comprehensiveness, transparency and effective management of public financial resources.

Mr Sahnoon said, “The implementation of GIFMIS is in line with government's efforts aimed at creating a more business-friendly environment and invariably harness opportunities for the people of Ghana through improved fiscal discipline, containing deficit, and eliminating corruption, as part of concerted efforts to ensuring good governance.”

He said government was committed to cracking down on financial malpractices and wasteful public spending.

Mr Sahnoon noted that, the priority on achieving the targets set out in PFM strategy, recognised that, achieving overall PFM improvements required a combination of right policy changes, political commitment to reforms and the design and implementation of appropriate systems and tools to enable better outcomes from the new policy orientations of government.