‘Sorry about our president’: Brazilians apologise to Brigitte Macron 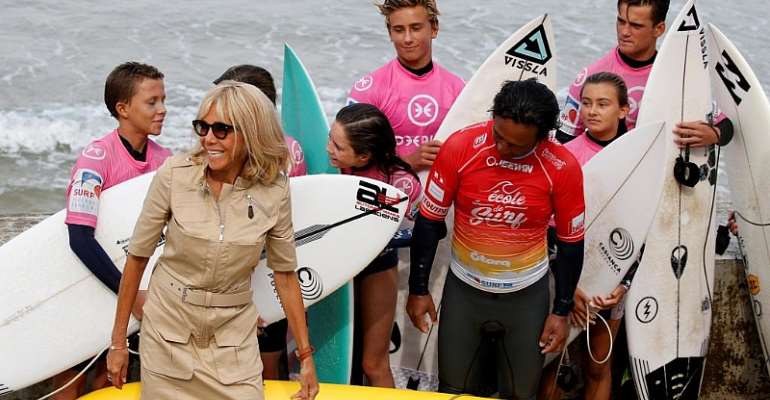 The hashtag #DesculpaBrigitte (Sorry Brigitte) has been trending in France and Brazil, as Brazilians apologised en masse for President Jair Bolsonaro's insult to the wife of French President Emmanuel Macron.

The hashtag appeared late Monday after Macron said “Brazil deserves better” and that Brazilians must be “a bit ashamed” by the behaviour of Bolsonaro, who insulted the French president and his wife on Facebook on Sunday.

In a diplomatic spat over Macron's efforts to lead an international response to forest fires in the Amazon at the G7 meeting in Biarritz, Bolsonaro appeared to mock the French presidential couple after a follower posted images unfavourably comparing Brigitte Macron to Brazilian First Lady Michelle Bolsonaro.

Many of the apologies were written in English.
“Sorry about our president, he's a idiot,” tweeted one user.

“You're beautiful, powerful and amazing! He doesn't represent us at all! Trash. I'm sorry,” wrote another.

“The current president is a disgrace. Please accept my sincere apologies. Lots of luv to you and first lady Brigitte,” read another tweet to the French president.

“This is sad video to apologise to my French friends for the crisis, the hysteria of Bolsonaro towards France, the French president and the French first lady,” he says.

“As the Amazon burns, the Brazilian government has no argument. They resort to insult, denial and ridiculous comments to avoid taking responsibility,” Coelho continued.

French newspaper Le Parisian reported that Brigitte Macron was moved by the messages of support upon reading the first of them late Monday.