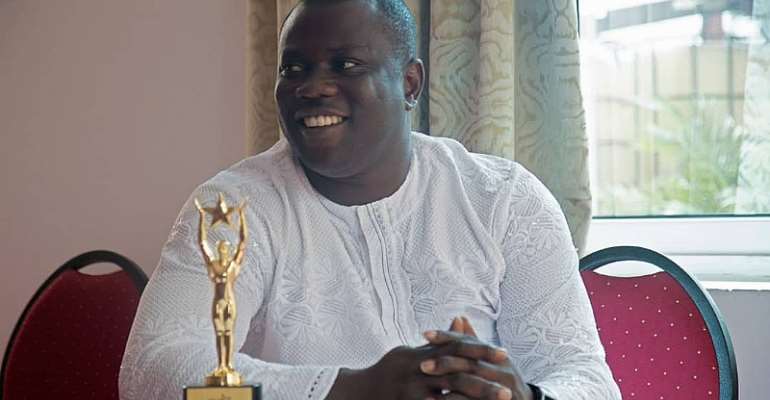 The newscaster on Kasapa FM was nominated in the ‘Radio Newscaster of the Year (Local Language) category for both award shows.

This is the third consecutive time that he has been nominated in the same category at the RTP awards. He emerged winner last year after finding himself in a tough category that had a tall list of bigwigs in the industry.

Before joining the media, He was the Headmaster of the SDA JHS in the Jaman North District of the Brong Ahafo Region and later joined Yankee FM in Sampa where he worked as a Morning Show Host, Head of Programs and News Anchor at Yankee FM.

Bonohene joined the EIB Network in September 2016 and has since worked his way into the hearts of ardent listeners of the station with his professionalism and hard work.

Aside from Radio, Bonohene is also the host of Agoo TV’s political and social breakfast show, Yensempa, which airs every weekday from 6am – 9am.