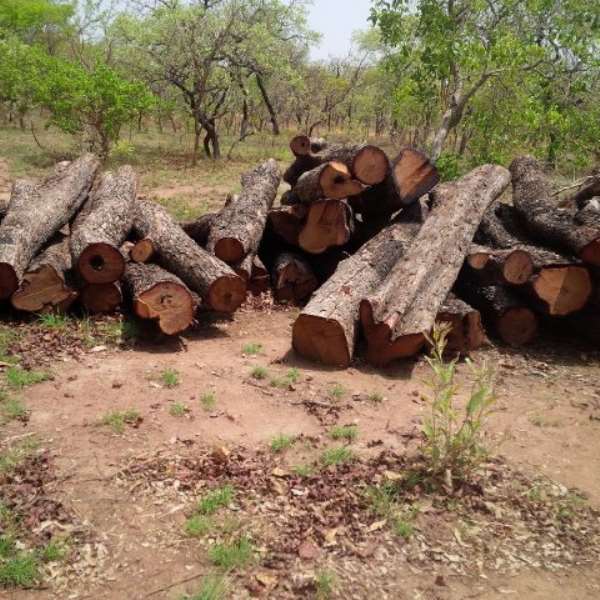 When the issue about Aisha Huang (Galamsey Queen) came up, I thought as a nation we have been stricken enough in our conscience to want to begin doing things right in enforcing our laws and sustainably mange our environment. But, when I sit behind my computer and read the Environmental Investigation Agency’s (EIA) report on the rosewood plunder, pore over an academic research paper that points to the fact that, rosewood exploitation has increased by 129% in the face of imposed bans, and observe the flagrant disregard for our timber exploitation laws and regulations, I wonder our sense of environmentalism and patriotism. Are we that careless about our environment, the very thing our lives and that of our respective yet-to-be born children and grandchildren depend on?

Granted, the rosewood problem has not yet assumed the proportions of the ‘galamsey’ problem. Nonetheless, the fact of the matter is that, it is significant, highly troubling, and deserving of national attention like the illegal mining campaign. I think a national campaign may help the course of the Ministry of Lands and Natural Resources (MLNR) and Forestry Commission to nip the problem. The ‘head’ of MLNR and FC should not refuse this because the problem is distressing. Why, consider these…

EIA reports that, we have lost about 6 million trees of rosewood to illicit exploitation since 2012 albeit disputed by the Commission. If this figure is anything to go by, that means forest cover of 193, 524 ha in conservative terms have been lost so far. This is equivalent to more than half the land area of the Greater Accra region. Also worrying is how every available living specimen of rosewood is been hunted by the dealers in farms, forest/game reserves, gallery forests, and tourist sites. For example, the largest national park (Mole National Park) which generates about 95% of tourism revenue in northern Ghana is under siege including the Wechiau Hippo Sanctuary and Kalakpa Resource Reserve where an on-site sawmill is said to be operated.

Besides these, are rosewood-related deaths, loss of rural livelihoods such as beekeeping due to the destruction of beehives during logging operations, and collateral damage to other economically important trees such as shea (Vitellaria paradoxa). Also disturbing is the drying of rivers and streams owing to logging operations in gallery forests and watersheds; risk of food insecurity and wildfire incidence, etc. Indeed, there is no gain saying that, like the ‘galamsey’ problem the social, ecological and environmental cost is huge. Think about the adverse environmental consequences, loss of revenue for national development, loss of forest ecosystem services for rural livelihood, and the undermining of our forest governance system and quest for sustainable forest management. Hon. Joseph Kpemka, deputy Attorney General and Minister for Justice (20:43-21:24) could not have put it right by saying, “like the galamsey problem, we all are on our way to committing mass suicide if we don’t fight with all the weapons and arsenals available”.

Talking about arsenals and weapons available for fighting the canker of decimating our natural resources be it illegal mining or illegal logging, is the Law. We have had the opportunity to demonstrate our commitment to protecting the nation’s natural resources and punish those who disregard the laws to prove that we are a people governed by the rule of law. But somehow we seem to have missed the opportunity particularly, considering how some high profile environmentally-related court cases were dispensed with; again raising questions about our sense of environmentalism and patriotism. Concerned about some of these happenings, the Council of State member, Sam Okudzeto in an interview on Aisha Huang’s case passionately asked, “why can’t our officials sit and appreciate that there is something called national interest? Unable to fathom the morality in the Attorney General’s discontinuity of the case, he patriotically asked, “the waterways that [Aisha Haung] destroyed is going to cost millions to put right. And who is going to tell me someone has the discretion to let her go? Is that the proper use of discretion? I don’t think so. There is something called national interest”, he stressed.

When you hear eminent citizens like Lawyer Sam Okudzeto, and sense the despondence of anti-corruption CSOs like Ghana Integrity Initiative (GII), Ghana Centre for Democratic Development (CDD-Ghana) and even state anti-graft bodies that, corruption has eaten deep into our moral fabric and now normalized, then, you wonder in the face of all these environmental challenges as to whether you should be optimistic of a change, pessimistic or cynical about current measures or just remain ambivalent.

Well, no matter how you feel, let’s keep on talking, highlighting the problems and the changes that need to be made, and not stifle voices willing to speak. Hopefully, we might be striking responsive cords of hearts and resonate with listening ears which may one day take us where we want to be – a nation of patriotic and environmentally conscious citizens. The new law on illegal mining that prescribes 15-25 year sentence, and composition of a committee to investigate the EIA report on rosewood offer of hope.