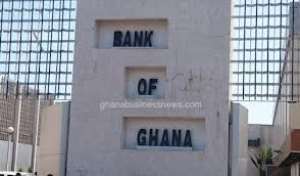 First, my sympathy to all those depositors of those banks’ with revoked licenses. Please you should focus your efforts in ascertaining how to file your claim to recover at least some of your deposits. Below is the Act that pertains to deposit coverage limits, you can find and read the entire Act or just those areas of interest pertaining to deposit coverage limits and claim filing procedures.

According to Ghana Deposit Protection Act 2016, Act 931 section 20(3)(a) and (b), the insurance coverage limits are Ghc 6,250 (Depositors of a bank) and Ghc 1,250 (for specialized deposit-taking institution). So depositors should not loss all their money; the Bank of Ghana should make maximum payments up to the limit stated above. I would ask Bank of Ghana (BOG) Governor Dr. Ernest Kwamina Yedu Addison, to correct me if the Coverage Limits have be amended or changed.

Depositors must go ahead and file a claim with the Bank of Ghana (BOG). To this effect, I will also urge Dr. Addison, to come out immediately and make a declarative statement to assure depositors of the Coverage Limits and the documentation required to support a claim. It is incumbent upon Dr. Addison to calm and assure depositors that they would at least receive some relief and the process to follow and to settle the depositors’ claim in an expeditious manner. Long delay could lead to uncertainty and jeopardize stability in the financial system and further deposit runs on the “good” institutions.

I know it was a difficult decision to make, so I commend Dr. Addison for having the courage to do so. We cannot blame the current Governor of BOG, Dr. Addison. He took office in April 2017, and it appears the current banking problems existed prior to him taking office based the story he published given the reason(s) for the revocation of the banking licenses.

I know is hard for depositors to hear, but he had to act to maintain stability and confidence in the financial system and to safeguard the insured deposit protection fund as well as to prevent additional potential victims. So thank your God, if you had made a new deposit or additional deposit your losses would have been larger.

Blame should be placed more on previous Governors of Bank of Ghana for failure to discharge their duties in effective and efficient manner. They waited too long to take corrective measures and allowed the problem situation (unsafe and unsound condition) to persist to long and worsen; their failure to act was a contributing factor that will lead to potentially higher losses to depositors and bank shareholders. The Ghana banking supervision and enforcement mechanism are too lax.

Mostly Who to Blame for Failure of the Banks?

The Bank’s Board of Directors and Senior Executives for failure to adequately direct and supervise the banking staff. I attribute this failure to three things: 1) Gross Incompetence; 2) Greed and self-dealing and/or or criminal acts in particular as it relates to related party transactions; and 3) Failure of the regulatory supervisor at Bank of Ghana to enforce the banks to take immediate corrective action(s).

What is to follow/next steps?
Some of the banks and savings and loans will file suits for judicial review and interlocutory injunction (which I believe will be denied unless they can show that the bank is solvent and liquid) against BOG with no reasonable likelihood of success. A deposit financial institution with negative capital position coupled with lack of liquidity is a recipe for disaster and sudden death for which there is no reasonable hope of revival in the absence of fresh injection of sufficiently large capital to cure both issues. – The BOG should not be on the defensive, but rather file a counter claim to recovery any loss to the depositors’ protection fund.

BOG should initiate full investigation into each bank and to ascertain what or who were the cause(s) of the banks’ failure? The ones found responsible: three things to happen based on US bank regulatory standards (not sure what BOG will do): 1) those who were incompetent – no much can be done to them; 2) those causing losses due to some deliberate acts – they should be prosecuted in accordance with the rule of law. The outcome: if found guilty, they will face what we call in the US Civil Money Penalties (CMP); 3) those found guilty of committing criminal acts – will face both CMP, imprisonment, and in some cases total ban from working in a savings and loans or in the banking industry altogether. They will not be allowed to work in any bank or savings and loans institution for the rest of their lives.

Those surviving financial institutions or banking institutions thinking about hiring (or serving on the board of directors) or having those responsible for running their institutions to the ground – should think twice and fully vet the capabilities and competence of these individuals. If it’s a financial institution (banks or savings and loans) – the BOG will reject (At least in the US not sure what is done in Ghana) their appointment to your financial institution as not be suitable for the senior/executive or board level position during your vetting process.

Blaming Bank of Ghana for implementation of the New Universal Capital Requirement:

The idea of raising minimum capital levels for financial institution is always a good idea, but it must be done only after careful evaluation of all factors in banking and capital markets industry. Raising the minimum capital from Ghc 120 million to GHc 400 million might be a good idea provided the initial assessment supports that. The same assessment process should apply in the case of Rural and Community Banks new capital requirement; I read that the implementation time was extended to 2020 (a proper analysis at inception would have revealed the need for the extension). Of critical importance in these analyses is the sufficiency or adequacy of the implementation or transitional phase time period.

First, since BOG had all the financial statements of the banks – it should have conducted its own analysis to see if mergers, through earnings, and capitalization of income surplus, injection of new capital, etc. would result in most banks meeting their new capital requirement. In addition, the BOG should have also ascertained from normal capital markets activity in the country to see the level of capital raising is possible with the 15 month period. Because, these banks will have to go into the capital markets to raise the additional capital needed, it is absolutely essential that the capacity exists in the market for the capital raising. So for example, if five banks after merging, etc. still needed to raise Ghc 1 billion, but the maximum that could be raised in the capital markets in Ghana was only Ghc 400 million over the 15 month period, then the question is where would that money come from? It means it is not feasible for the 15 month implementation time frame unless an outside source comes to buy the institutions or controls them. I

Better Implementation time frame should have been about three years and BOG setting milestones (progress report) for each year. The three year period would have given some banks more opportunity to merge, earn, and raise additional funds through the capital market activities within the country. For example, going from GHc 120 million to GHc 400 million (new capital) we could have divided into three equal amount of Ghc 93.3 million each year. Then set milestone of Ghc 213.3 million at end of year 1; Ghc 306.6 million at end of year 2; and Ghc 400 million at the end year three. In setting these milestones, the banks will incur a penalty (reasonable but deterrent effect) for failure to meet each year’s target.

When I was visiting my parents about 1.5 years ago when I saw the proposal in the newspaper and after just an initial review of the balance sheets of the banks, it was abundantly clear that most of the larger banks would fail to meet the requirement within 15 month period. I told my father to expect large number of bank failures and asked him where they had their banking relationship with the motive of having them move their accounts. My father called me shortly after the 15 months that I was right, some of the larger banks have failed to meet the new capital requirement and their license have been revoked.

I was educated in the US and worked in large banks for over 21 years then subsequently since 2009 started working as a bank regulator (10 years plus) monitoring the top two largest and most complex financial institutions. In all at total of 31 years in US banking and regulatory experience since obtaining my MBA with concentration in Finance in 1988 and Masters in Accounting in 1994.

We are all Ghanaians and here to help to the extent possible and almost time to come home for good To the extent if I can be of help to rural and community bank, special deposit taking institution, savings and loans, universal bank You can contact me at [email protected] Honorable Kennedy Agyapong, please I need your contact