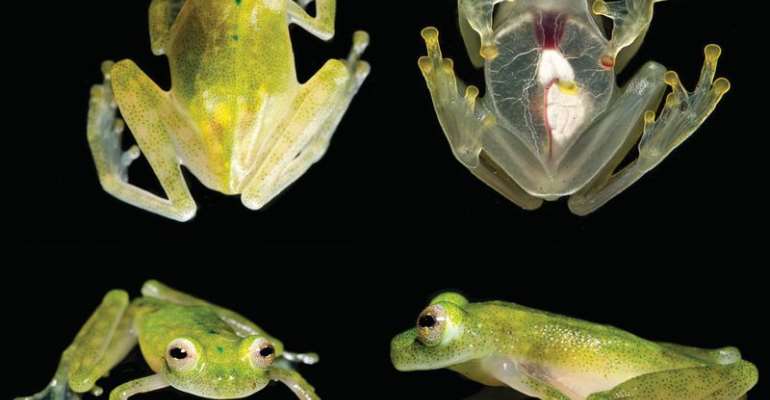 Rare and endangered lizards, much prized by the international pet trade, did not receive the full and undiluted support of the European Union, a major market for these species.

Despite efforts by Sri Lanka to bring additional protection to a number of endemic species, pet trade interests, supported, in part, by the European Union, meant that the proponent country did not achieve all its objectives.

"The EU urgently needs to prohibit trade in species that are strictly protected in their range States and that have been captured and exported illegally. Conservationists, scientists and the European Parliament have long called on the EU to adopt strict regulations to ban this kind of wildlife crime. In its Action Plan against Wildlife Trafficking the EU promised to combat wildlife crime, including for reptile species, but it is not living up to its promises. On the contrary it is undermining efforts by range countries to better protect such species being stolen for the EU market", said Dr. Sandra Altherr of Pro Wildlife, a Conservation charity based in Germany, and a member of the Species Survival Network.

Sri Lanka proposed a trade ban for a total of 10 endemic lizard species (agamids), that are frequently smuggled in large numbers from their country of origin by European citizens and then sold freely within the EU. Despite widespread support from many Parties attending the CITES meeting in Geneva, the EU frustrated efforts to better protect some of these species. Ultimately , Appendix 1 listing, representing an international commercial trade ban, was only approved for 5 species. Another 3 species will be listed on Appendix 2 with a zero export quota for wild animals. In reaction to the EU’s opposition Sri Lanka decided to withdraw a proposal for another two species.

Another proposal that failed to reach the two thirds majority necessary in Committee, due to opposition from the EU, was presented by four range States to control the trade in glass frogs, another group of species highly sought after in the European pet trade. The EU urged for withdrawal of the proposal, while most countries in Latin America and many others in Africa supported the move.

Conservationist are concerned this loophole might be used by traders in Europe to launder wild caught animals into trade claiming them to be 'captive bred'. The EU has no legally binding requirements on how to determine that breeding stock was acquired legally and many wildlife experts believe this rapacious demands of the pet industry will mean the loophole will be widely exploited.

If this proves to be the case, then lack of resolute and comprehensive action by the EU could prove to be a cause for the potential extinction of these rare lizards.

Nationally protected species are the focus of smugglers

In recent years, wildlife traffickers increasingly focus on species which are not (yet) internationally protected by CITES* but only by national laws in their country of origin. As soon as these animals are illegally caught, smuggled out of the country, and arrive in Europe, their sale in Europe is fully legal. This loophole in EU legislation enables an open trade with stolen wildlife, which is especially attractive due to the high prices these rarely-available animals attract, with a minimal risk of getting caught. Threatened and nationally-protected species, such as shingleback lizards from Australia, glass frogs from Costa Rica, puff adders from South Africa, and agamid lizards from Sri Lanka, are highly sought-after by the international pet trade, reaching prices of up to €5,000 per pair. While illicit deals are arranged via special online platforms and Facebook groups in advance, the physical hand-over is mostly done at European reptile trade shows such as in Hamm (Germany), Houten (Netherlands) or Prague (Czech Republic). Until today, European enforcement authorities have no legal basis to seize such animals and to fine the traders.

EU Wildlife Action Plan is insufficient
In 2016, the European Union passed an Action Plan against Wildlife Trafficking. However, measures taken so far focus significantly on species which are covered by CITES, e.g. elephants, tigers and rhinos. However, Dr. Altherr of Pro Wildlife states: “The EU has failed to effectively combat illegal activities for the exotic pet trade, although it is not only a main destination but is also the origin of many smugglers. We therefore urge the EU to pass legislation which would make import, sale, and possession of stolen wildlife illegal and subject to tough penalties in the EU. The legal analysis by ClientEarth confirms that this is both necessary and legally possible.”

Broad support for stricter legislation
In 2014 and 2016, Pro Wildlife published two reports on “Stolen Wildlife”**, with many case studies of countries and species targeted by smugglers. Since then, support for new EU measures tackling this problem has been increasing. Support has been voiced inter alia in several reports and resolutions of the European Parliament, the United Nations Office on Drugs and Crime (UNODC) as well as the European Union Action to Fight Environmental Crime. In 2017, the United Nations General Assembly (UNGA) passed a resolution, which “encourages Member States to adopt effective measures to prevent and counter the serious problem of crimes that have an impact on the environment, such as illicit trafficking in wildlife and wildlife products” and “urges Member States to take decisive steps at the national level to prevent, combat and eradicate the illegal trade in wildlife, on both the supply and demand sides, including by strengthening their legislation and regulations necessary for the prevention, investigation, prosecution and appropriate punishment of such illegal trade…”.

The Species Survival Network (SSN), founded in 1992, is an international coalition of nearly 90 non-governmental organizations (NGOs) committed to the promotion, enhancement, and strict enforcement of the Convention on International Trade in Endangered Species of Wild Fauna and Flora (CITES).

NDC Will Reintroduce Automatic Promotion Of Teachers – Maham...
15 minutes ago