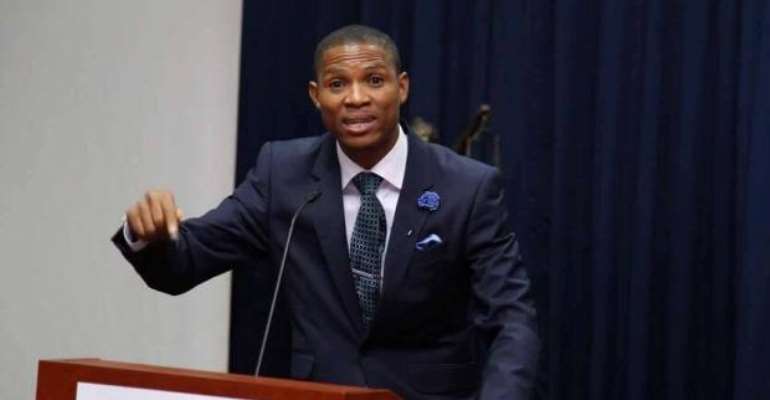 The newly elected National Democratic Congress (NDC) parliamentary candidate for the Madina constituency, Francis Xavier Sosu, says he spent about GH¢ 300,000 on his campaign ahead of the party’s parliamentary primaries held last Saturday.

He said the funds were expended on items including feeding and transportation for delegates, fuel for campaign travels among others.

“For now, I can’t say for a fact but I’m sure it should be somewhere over GH¢300,000. That is from somewhere July 2018 till now. It may be more, I am yet to reconcile…. Generally, the key elements include posters, branch visitations and most likely you would have to convey them; cost of transportation, feeding, cost of buying fuel for your team and sometimes petty requests coming from delegates; you take care of medical bills, school bills and so on,” Xavier Sosu said.

Speaking on Eyewitness News, he stressed that such expenditures cannot be described as vote-buying since they do not have any direct link with the eventual choice of delegates on the day of voting.

He said his gestures and the corresponding expenditures could best be described as a show of “love” and “care” for delegates and constituents he sought to lead.

“I think it is about showing care, love and concern for the people that you seek to lead. I think vote buying has to do with things that are directly connected with the elections where you directly give them something to influence the mind of delegates for that purpose,” he told Umaru Sanda Amadu, host of Eyewitness News on Monday.

Francis Xavier-Sosu was victorious in Saturday’s parliamentary primaries with 662 votes against his opponents, Sidi Abubakar, Ibrahim Faila Fuseini and Haija Rukaya, who had 480, 219 and 16 votes respectively.

Although the polls in the Madina constituency like other parts of the country was generally peaceful, there were claims of vote-buying in some constituencies, with the former president and founder of the NDC, Jerry John Mahama urging delegates during the polls not allow money influence their choice of candidates.

But Francis Xavier-Sosu denied supporting delegates in any way on the day of elections saying that his election was purely based on his past gestures in the constituency.

“I never, on the day of election, paid, not even ‘T&T’ to any single delegate but I still won,” he said on Eyewitness News.