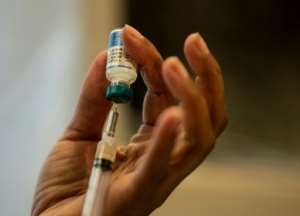 News that Johnson and Johnson has just been ordered by a judge to pay U.S. $572 million, as compensation to victims of the opioids it sold aggressively in the U.S., is much welcomed. That is the sort of outcome, which civil society organizations in Ghana, such as public-interest legal NGOs should aim for. The common-good NGO, Centre for Public Interest Law (CEPIL), is leader of that pack, in Ghana, incidentally.

Businesses that profit from selling health-damaging products must be forced to compensate their victims - by being sued. Full stop. As a people that is how we must proceed, if we are to seek justice for communities across Ghana, in which there have been spikes in deaths from cancer - resulting from the poisoning of soils, streams, rivers, and groundwater, with heavy metals and toxic chemicals: by all the players in the gold mining sector of our national economy, for example.

Ditto the spike in deaths from cancer caused by ingressing chemical residue on agricultural produce, such as fruits and vegetables - and from handling carcinogenic weedicides like Monsanto's infamous roundup. Companies domiciled in the US, Canada, the UK, the EU, and other wealthy developed nations, profiting from selling products here that maim and kill Ghanaians, should henceforth all be sued in law courts in the jurisdictions in which they are headquartered. Enough is enough. Haaba.