Alpha Blondy, Catch Him If You Can! 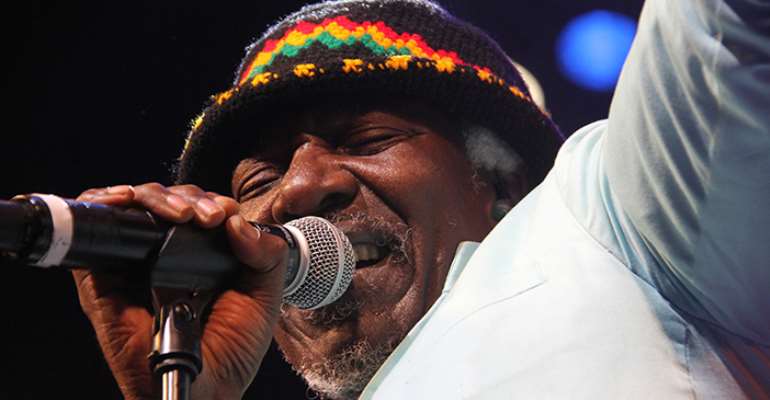 Alpha Blondy, whose real name is Seydou Koné, was born in Dimbokoro in the Ivory Coast, on January 1, 1953. The Ivorian reggae star has already had a musical career of more than 35 years, yet, his courage and inspiration in music wouldn't allow him to stop.

With his 12-member band, known as ‘The Solar System,’ the 66-year-old singer sings in English, French and Dioula, his native language, but also in Hebrew, Arabic and some African dialects such as baolé. Alpha Blondy, the first of nine children, as a boy had formed his first group called Atomic Vibration.

He left Ivory Coast to Liberia, where he continued his music, singing mainly in English. Later, in 1976, he moved to the USA, where he studied both economics and English at Columbia University, New York.

In the early eighties, he recorded his first album, Jah Glory with musicians from Ghana. His collaboration with Ghana’s Bibie Brew, produced classic recordings, such as 'Fanta Diallo, Coco de Rasta, and Brigadier Sabari.

Alpha Blondy's music can be defined as belonging to the well-known Afro-Reggae genre, blended with African, Caribbean, and European influences.

About Bob Marley, Alpha Blondy said, "Marley is still the sun in the reggae firmament. I like his message, his awareness, I am his fan. At the mausoleum dedicated to him at Nine mile in Kingston, I slept for two nights on the terrace."

Once, he asked Ziggy, Bob’s the elder son with Rita, “do you know why I love your father? Because he gave me a job, he opened the gate to let me in. He had a lot of laughs with Ziggy.

Bob Marley is dead and gone, yet his music lives forever and that love Blondy had for Bob, inspires him. Among his various albums, Alpha Blondy recorded the album ‘Jerusalem, with the late Bob Marley’s band ‘The Wailers.

He was the first African reggae star to play the French version of Bob Marley’s ‘War,’ part of a speech of Emperor Haile Selassie gave on October 4, 1963, calling for world peace at the 1963 U.N. General Assembly in New York City.

Alpha Blondy's music is about poverty, injustice, and politics, a hypothetical combination of democracy and the dictatorship, which define several African governments. Today he is considered the authentic messenger of African reggae, a true living legend, able to attract millions of fans all over the world.

I had time to talk to Seun and Femi Kuti ( the sons of Afrobeat king, Fela Anikulapo Kuti), South Africa's Tutu Poane, Aswad, Prince Malachi, Junior Murvin but never had the opportunity to interview Alpha Blondy because on three occasions while in Belgium at Sfinks Festival, I was on holidays in Ghana.

Alpha Blondy continues to tour Europe and other parts of the world tirelessly. About his hope for Africa, he says, "I say first of all that on the African continent there is a lack of political maturity. Unlike European politicians, almost all African politicians do not prepare for studies to face a political career.”

“There is no improvement in this Africa Unity or the United Brains of Africa: The African Union must organize so many scholarships for brilliant students who want to study physics, mathematics, engineering, and politics, to learn in European universities, that is what is needed to build a true democracy in Africa.”