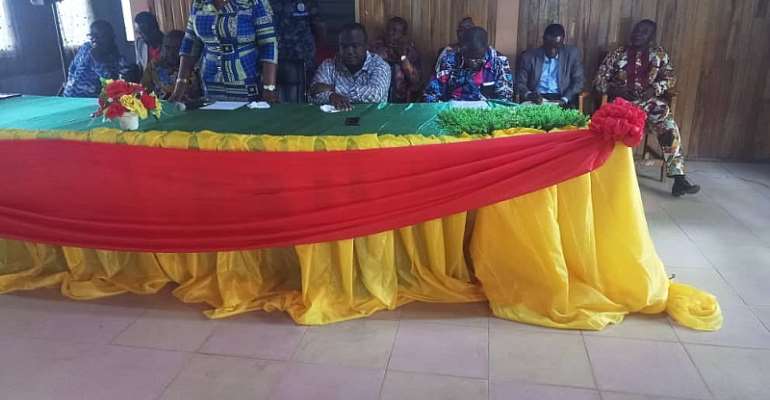 The Bono Regional Minister Mrs. Evelyn Ama Kumi Richardson has paid a working visit to Wenchi municipal. The visit formed part of her tour in the region to meet with workers of decentralized and non-decentralized departments in the districts to share the vision of the government and also assess work output and challenges hampering the progress of work.

A workers durbar solely for staff of Ghana Education Service and Ghana Health Service was held in her honor during her visit.

In his presentation the Municipal Director of Health Dr. Prince Quarshie commended the Municipal Assembly for the support it continues to enjoy from them in terms of provision of CHPs compounds, Health Centre and other facilities that has contributed to the improvement of healthcare delivery.

He said the Assembly was currently putting up a theatre at ST. Josephs Clinic at Koase where minor operations could be carried out.

Dr Quashie noted that his administration recently reposted some staffs to health facilities that had low staff strength to augment the work and enhance productivity.

He expressed appreciation to the first Lady of the Republic Mrs. Rebecca Akuffo Addo for the hospital equipment’s donated to equip the Nchiraa health center.

He appealed to the Minister to help them put up accommodation facilities to health workers as some of the existing facilities did not have structures to live in to work.

The Regional Director of Health Services Dr. Kofi Issah commended the directorate for working assiduously to curtail any communicable disease in Wenchi since the year 2015.

On Education, the Municipal Director Mrs. Effua A D Amuah said with the introduction of Jolly Phonics in kindergarten schools, many pupils in the said schools can read and write.

She applauded the government for absorbing the payment of examination fees by students. She explained that the inability of some parents to pay their wards exams fees even led to some of the children dropping out of school a situation she said was very disturbing to learn.

She again thanked the government for absorbing the Koase Senior High and Technical School as a model school.

The Regional Director of Education Dr. Peter Attafuah commended teachers in the region for their comportment since the exercise started saying that the hullabaloo and agitations going on in other parts of the country has not been heard off, he stressed.

The Director mentioned that the GES was currently putting plans in shape to train private schools teachers in the country on the new curriculum.

She also thanked the Member of Parliament for Wenchi Professor George Gyan Baffour for his support in the improvement of education in his area.

She assured the education directorate that the municipality would have some additional schools rolled onto the school feeding program next year.

The Municipal Chief Executive Hon. Dr. Prince Kwakye Afriyie thanked the minister and her entourage for the visit and urged all gathered to take the suggestions and advices to good use to help wenchiman to develop.

The Regional Minister was accompanied by the Regional Director of Information Services Department, the Hon District Chief Executive for Sunyani West Hon. Martin Obeng and a host of highly powered delegation from the region. 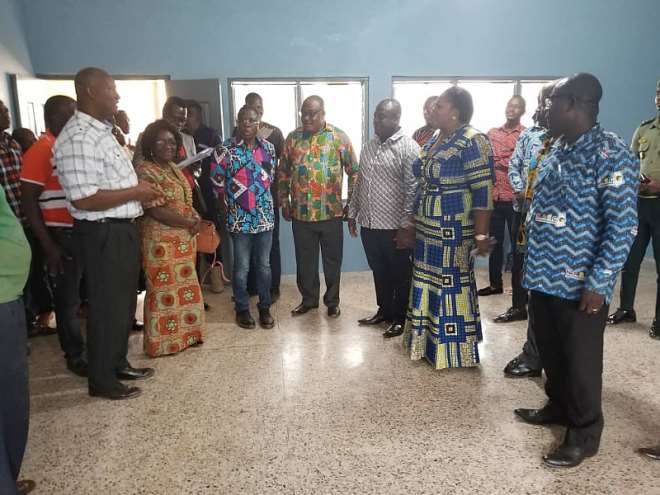 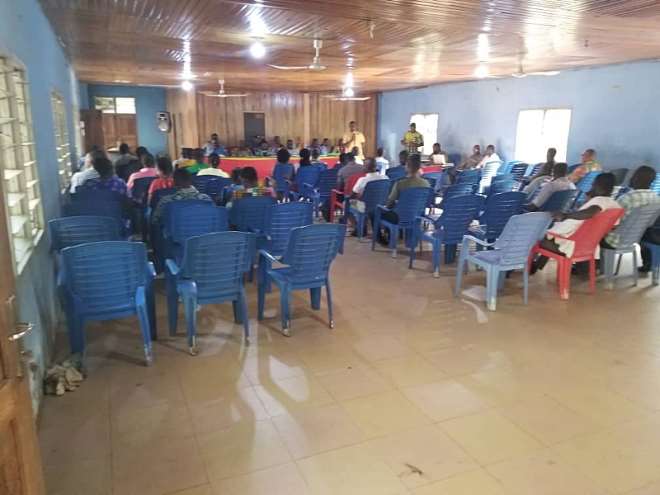 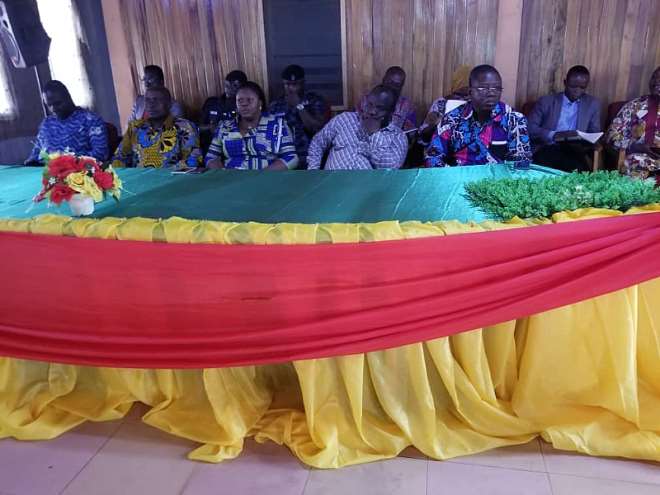 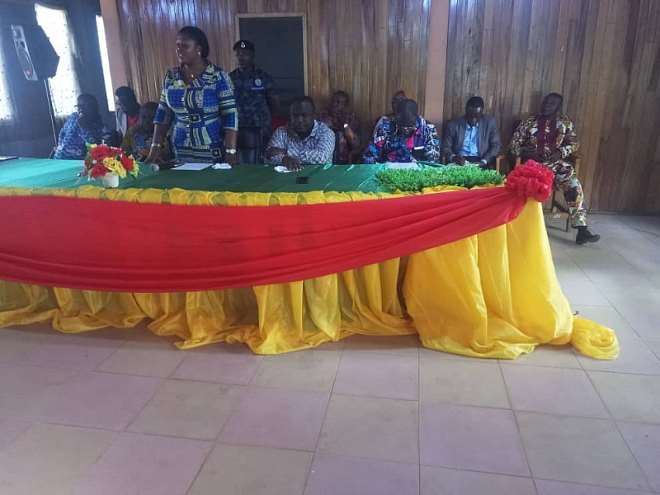