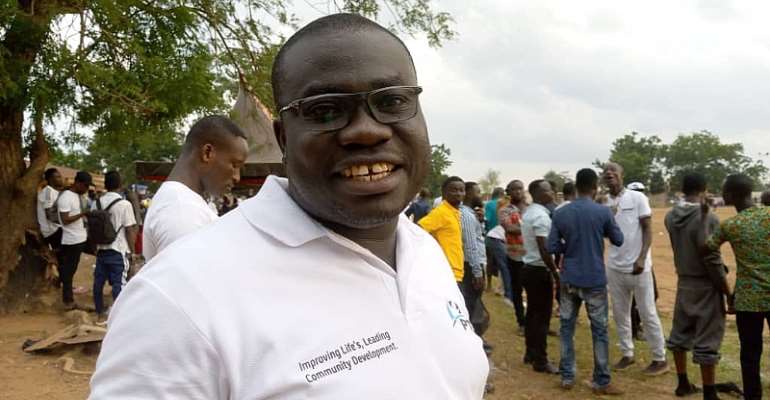 Paul Twum-Barima Foundation (PTB) Foundation has organized a free health screening exercise for the people of Dormaa Akwamu in the Dormaa East district in the Bono region.

Dubbed “Dormaa East for good health 2019”, over One Thousand residents of communities such as Wamfie, Dormaa Akwamu, Kyeremasu, Akontanim, Wamanafo, Kobedi, Asupraa and their environs freely enjoyed this comprehensive health screening exercise, which is the second to be held in the area.

Most of the beneficiaries were given free drugs at the centres while others with severe conditions were referred to the district health facility in Wamfie.

Speaking to the media, the Chief Executive Officer of PTB Foundation, Paul Twum-Barima said the exercise was based on a recent research about some ailments which are quite prevalent in the area.

He advised residents of the area to undergo regular check-ups to ensure early detection and treatment of diseases and also exercise on a daily basis for good health.

The beneficiaries were very grateful to Mr. Twum-Barima for coming to their aid and called on other philanthropists and organizations to follow this shining example.

In another development, Akontanim emerged the winner of the second edition of Paul Twum Barima Foundation tournament held at Dormaa Akwamu near wamfie in the Dormaa East district.

Akontanim emerged the overall winner whilst Wamanafo became the 1st runner up. Wamfie was third, Kyeremasu fourth, Asuotiano fifth and Dormaa Akwamu had the sixth position.

Emmanuel Kofi Agyemang, the Dormaa East District Chief Executive; Chief of Asupraa, Baffour Sakyi Akomea II and the Dormaa Central Constituency Chairman of the NPP, Mumuni Musah were among those who graced the occasion with their presence.

The chief at Asupraa, Baffour Sakyi- Akomeah ll urged the entire Aduana community to support the chief executive officer for PTB-foundation as he has the welfare of the people at heart.

The chief used the occasion to appeal for CHIPS compound in the area to health address some of the health needs of his people.